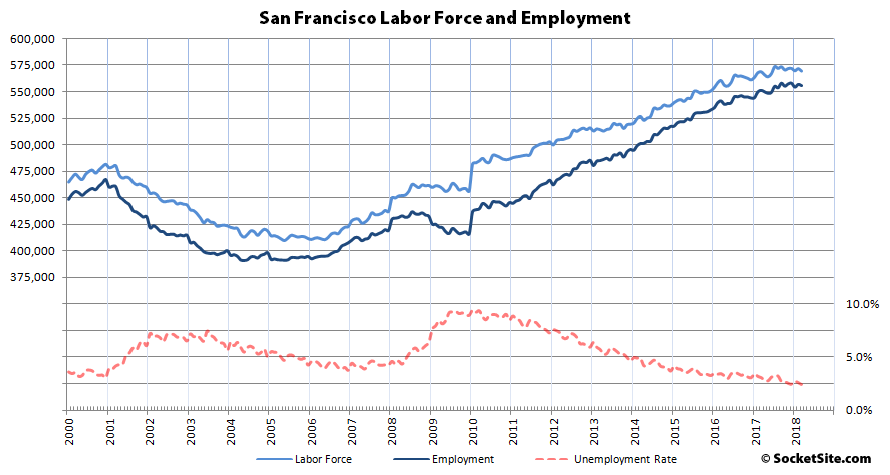 At a time of the year when Bay Area employment figures typically tick up, the number of people living in the city of San Francisco with a job dropped by 1,200 in March to 555,500. But with 2,300 people having been removed from the labor force, the unemployment rate actually dropped to 2.4 percent from 2.6 percent in February.

In Alameda County, which includes the City of Oakland, the estimated number of people living in the county with a paycheck slipped by 2,000 to 823,900 in March, which is still 7,700 more than at the same time last year and a gain of 131,100 since the beginning of 2010, while the unemployment rate in the county dropped to 3.0 percent as the labor force contracted. 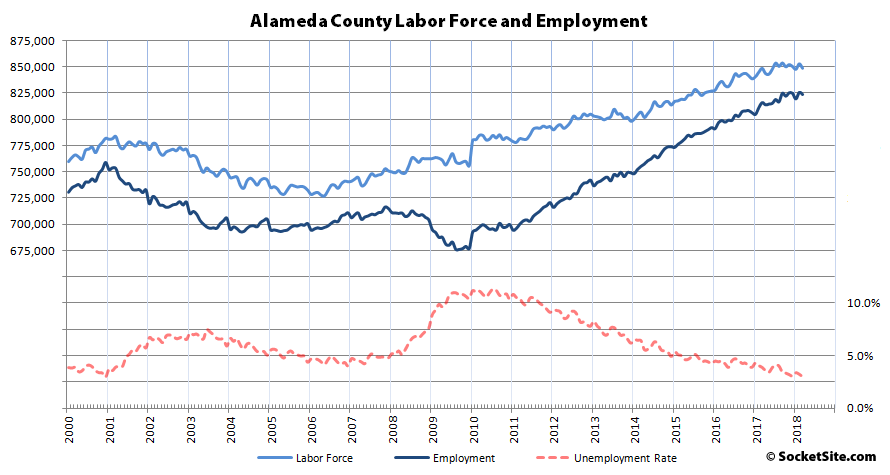 Up in Marin, the number of employed residents slipped by 800 to 137,500, which puts the unemployment rate at 2.3 percent.