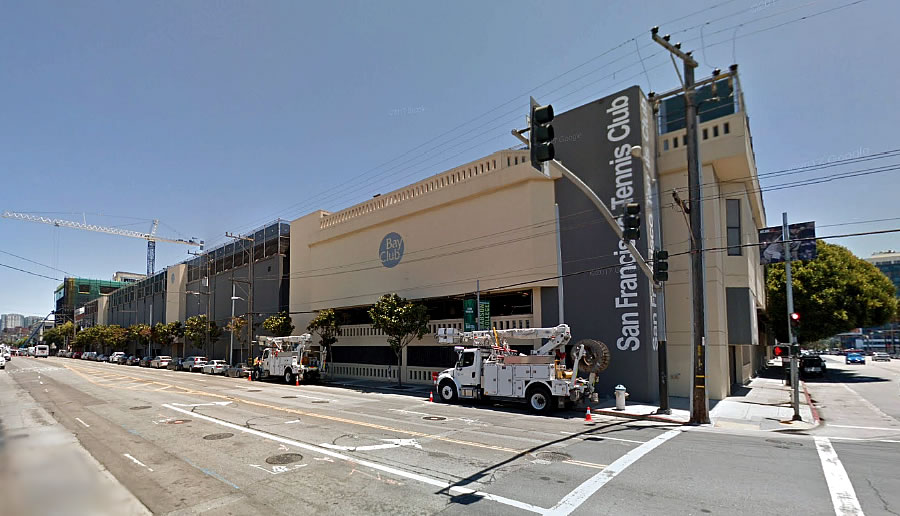 The plans for a massive redevelopment of the San Francisco Tennis Club site at 645 5th Street are moving forward and have been redesigned and newly rendered below by IwamotoScott and Studios Architecture. 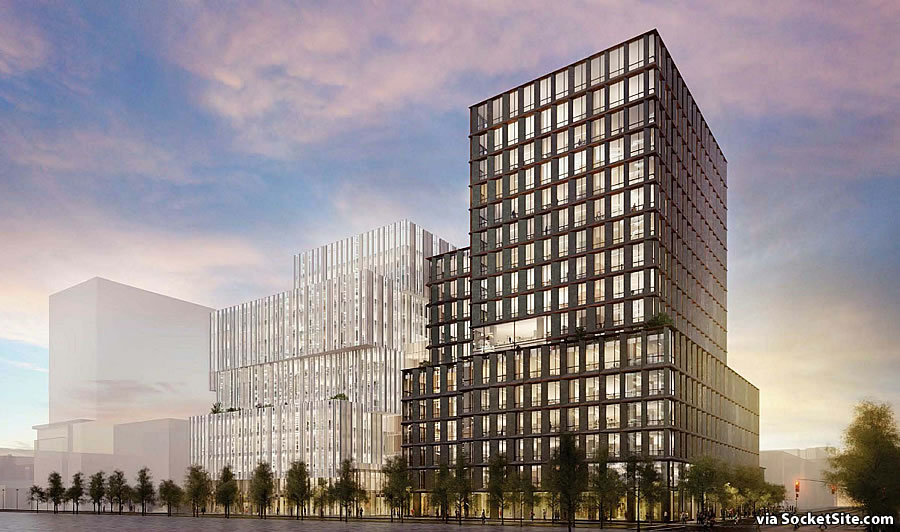 And below the basement garage, a new tennis club, with twelve (12) new tennis courts featuring 35-foot ceilings and all-new club facilities, will be built in order to avoid a threatened ballot measure which could have blocked the proposed redevelopment in its entirety.

In addition to the private tennis club, the proposed plans include a 30,050-square-foot community/recreational center with an underground pool as well, atop of which an affordable housing project is envisioned to be built at a later date, the funding and construction of which is not part of the official 88 Bluxome Street proposal other than a dedication of the site.

Keep in mind that Pulte Homes had planned to build over 500 condos on the Tennis Club site over a decade ago, but said plans were withdrawn in 2008 with the economy turning and club members having organized to Save [Their] San Francisco Tennis Club.

And of course, the latest plans for the site as outlined and rendered above are dependent on the adoption of San Francisco’s Central SoMa Plan as proposed.