Mortgage Rates Inch Up, 30-Year within a Basis Point of 4-Year High 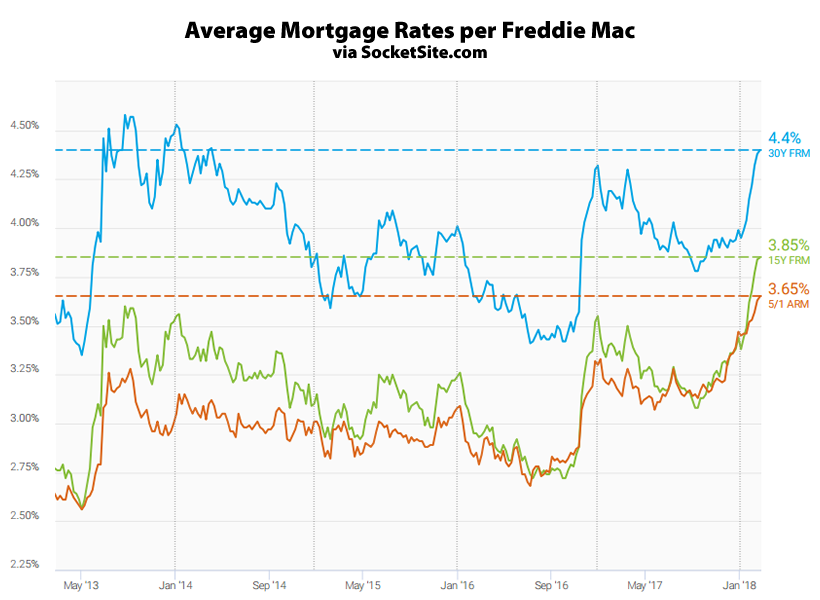 Having jumped 45 basis points since the beginning of the year, the average rate for a benchmark 30-year mortgage inched up another 2 basis points over the past week to 4.40 percent, which is 24 basis points higher on a year-over-year basis and within 1 basis points of a 4.41 percent four-year high, according to Freddie Mac’s Primary Mortgage Market Survey data.

Once again, keep in mind that the seemingly innocuous rise in interest rates, which remain near historic lows, have already unnerved the equity markets, to which the property market in San Francisco is highly correlated.

And according to an analysis of the futures market, the probability of the Fed raising the federal funds rate next month is holding at 83 percent.

Remodeled Lion Pub Building Back on the Market for $2.6M More