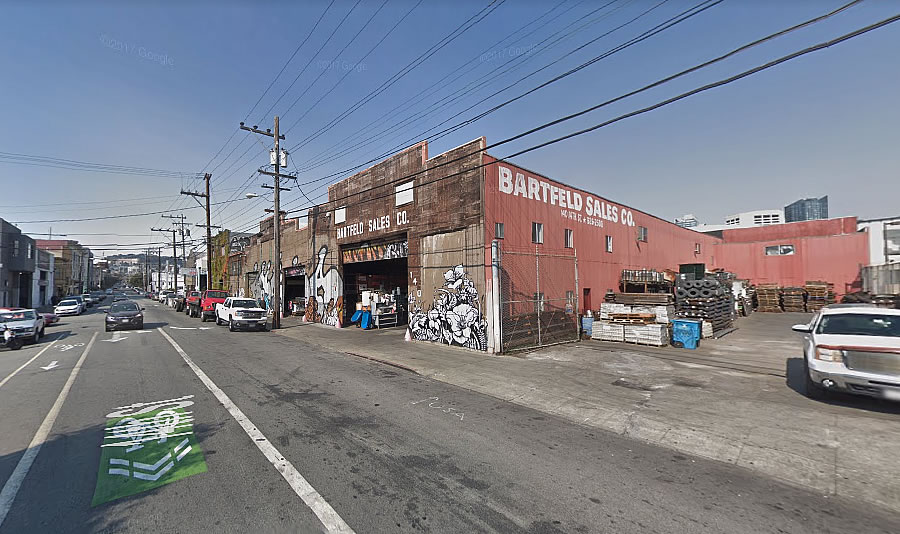 Plans to level the three Bartfeld Sales Co. warehouse buildings which stretch from 114 to 150 14th Street, as well as two adjacent industrial buildings on Erie (numbers 55 and 73), are in the works on the northern edge of the Mission across from the Foods Co.

And as proposed, a new four-story building will rise up to 58 feet in height across the six parcel site which is zoned for Production, Distribution and Repair (PDR).  But don’t get too excited, unless you’re rolling in a Benz. 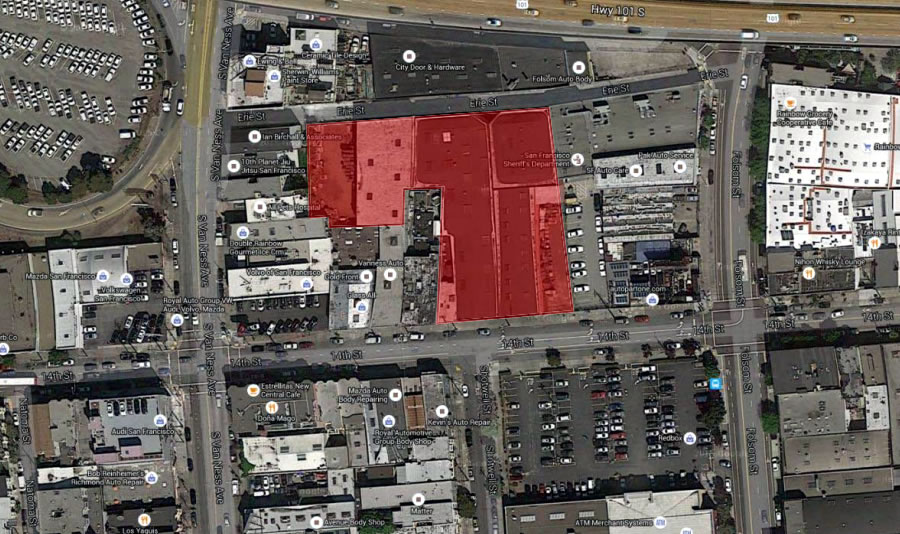 For as envisioned, the proposed 200,000-square-foot development would be a new repair, service, storage and towing facility for Mercedes-Benz of San Francisco, with 61 service bays, 15 loaner stations and parking/storage for up to 583 vehicles.

And no, the proposed demolition and development doesn’t include the adjacent Rabbit Hole Café building with a living façade, around which the new 140 14th Street building would wrap.