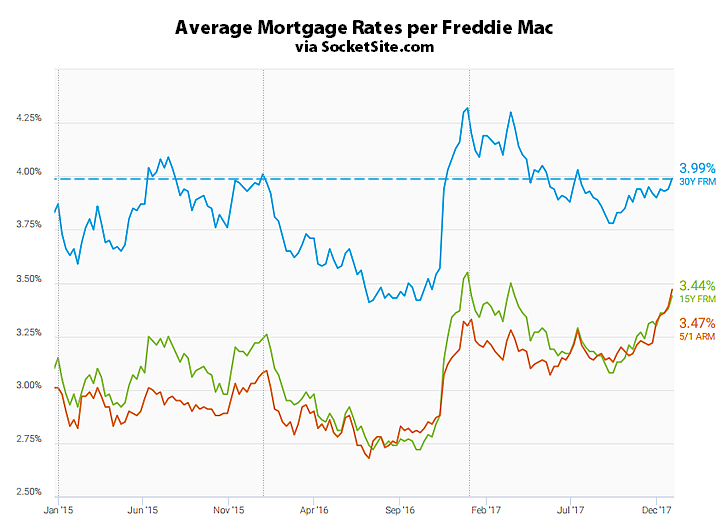 As expected, the average rate for the benchmark 30-year mortgage inched up 5 basis points over the past week to 3.99 percent, which is the highest rate in five months and versus 2017’s low of 3.78 percent but still 33 basis points below the 4.32 percent rate in place at the same time last year, according to Freddie Mac’s Primary Mortgage Market Survey data.

And in terms of the Fed and its federal funds rate, the probability of the next rate hike occurring in March is holding at 56 percent, according to an analysis of the futures market.