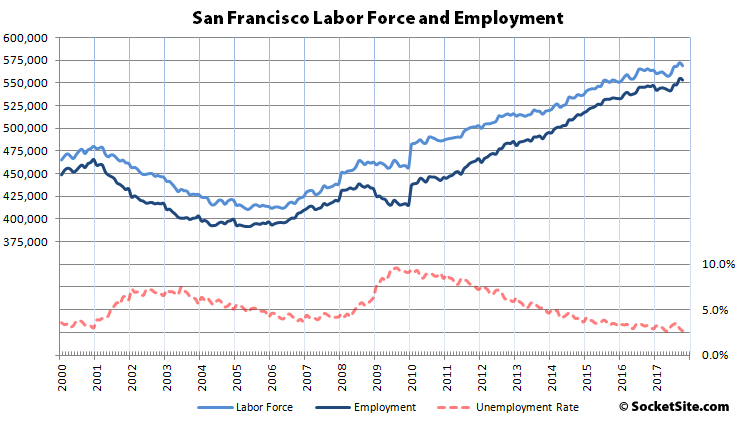 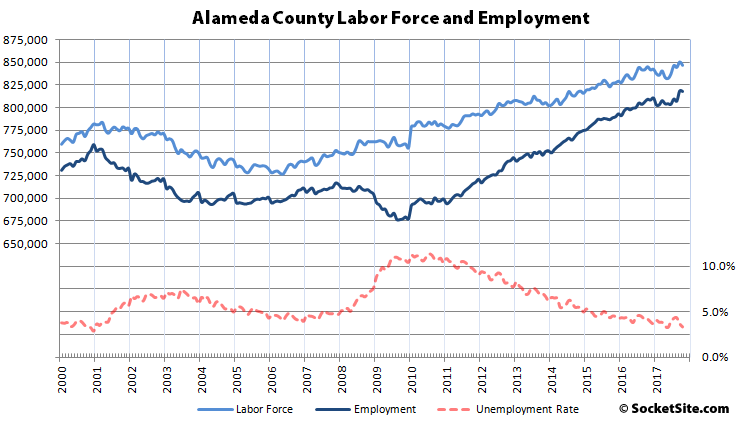 And across the greater East Bay, while employment slipped by a nominal 800 to 1,360,500, a decrease in the labor force dropped the unemployment rate to 3.4 percent.

And down in the valley, while the unemployment rate in San Mateo County dropped from a downwardly revised 2.7 to 2.5 percent, it was driven by a decrease in the labor force and the number of employed residents actually slipped by 1,200 to 444,600 while employment in Santa Clara County inched up by 600 to a record 1,005,900 and the unemployment rate dropped to 3.0 percent.