Plans to Double the Density of Development on Folsom 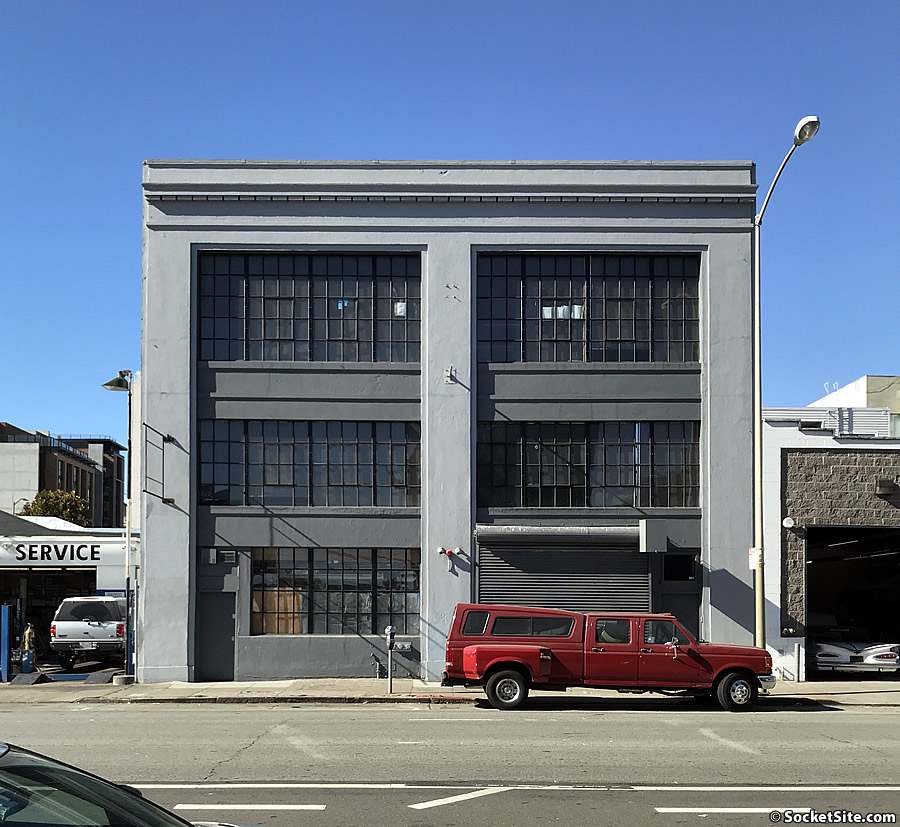 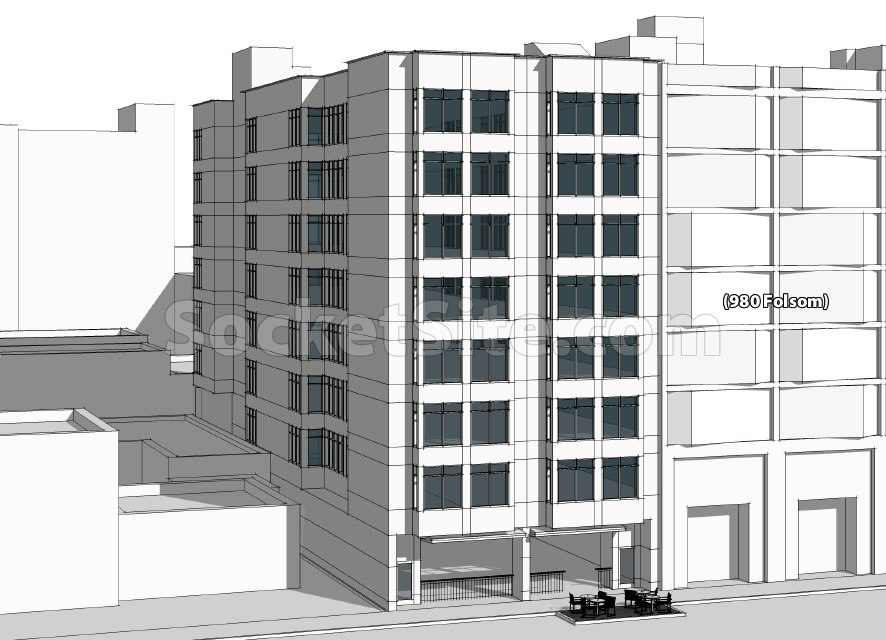 While the front half of the Central SoMa parcel is zoned for development up to 85 feet in height, the rear half, which fronts Clementina Street, is currently limited to 45 feet.

But as envisioned by the parcel’s owner and designed by Charles F. Bloszies, the proposed development would rise to a height of eight stories across the entire site by way of a State Density Bonus application. 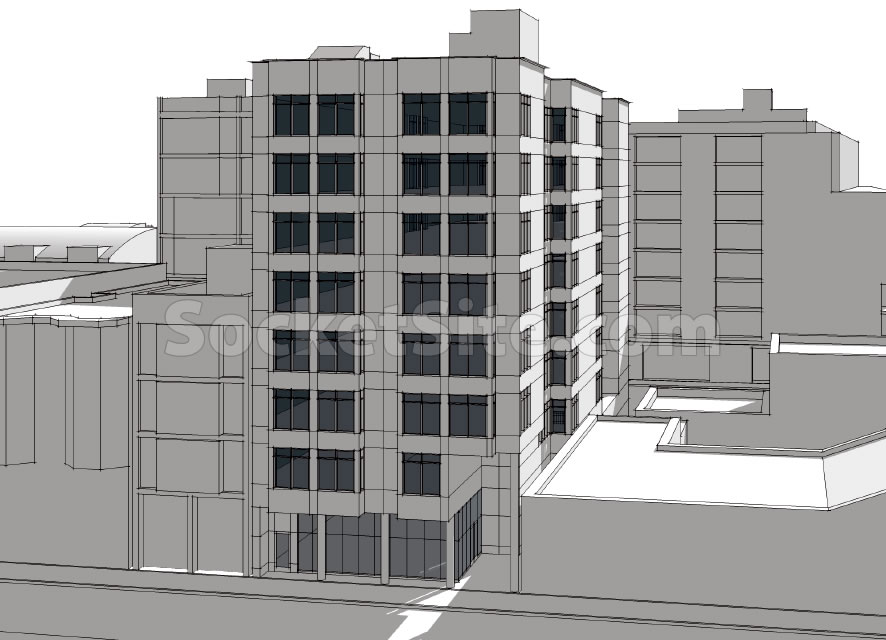 As such, the development could yield over 100 units of group housing, with seven floors of 16 little units clustered around a shared common space and kitchen, over a ground floor restaurant or retail space and a parklet fronting Folsom Street.

If the density bonus and increased height along Clementina Street is denied, the proposed development would still yield 67 units of group housing, with shared common spaces and kitchens on each floor, but the residential entrance would be moved from Clementina to Folsom with a commercial space adjacent and behind.

And no, the proposed development doesn’t include the Golden Auto parcel at 998 Folsom which is zoned for development up to 85 feet in height as well, but we’ll keep you posted and plugged-in.

Big and Even Bigger Plans for 4.5-Star Mission District Site