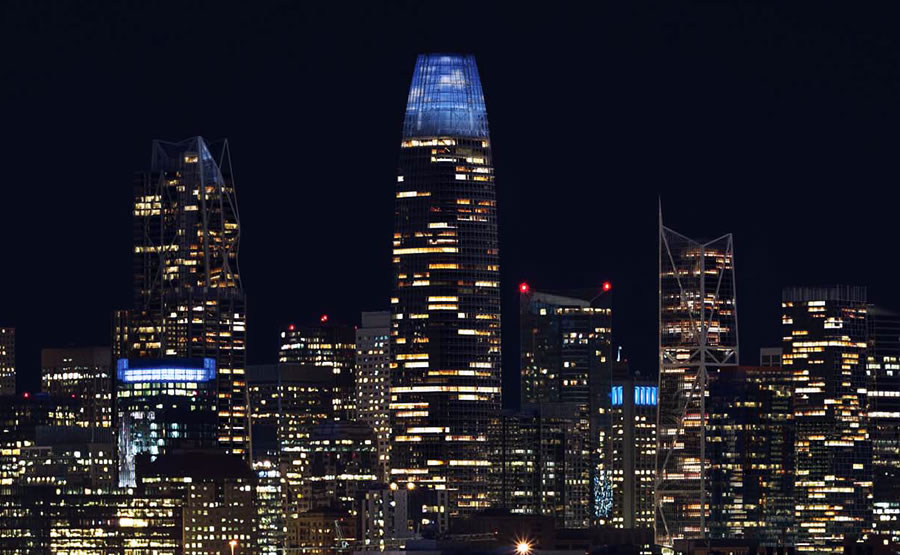 San Francisco-based artist, Jim Campbell, who is known for his work with LEDs, has been commissioned to illuminate the crown of San Francisco’s 1,070-foot-tall Salesforce (a.k.a. Transbay) Tower.

Campbell’s installation will consist of four integrated lighting schemes across the top nine “floors” of the tower, the upper two-thirds of which will consist of perforated aluminum panels, the bottom third of which is a glass curtainwall matching the exterior of the tower shaft below.

The aluminum panels will be lit with 11,000 LEDs capable of display low-resolution moving color imagery which is to be a combination of pre-recorded images and taken from cameras surrounding the City.

And while externally mounted, the LEDs will be inward facing to reflect off the building and yield a soft and continuous image “instead of a harsh direct image like a Times Square video screen.” 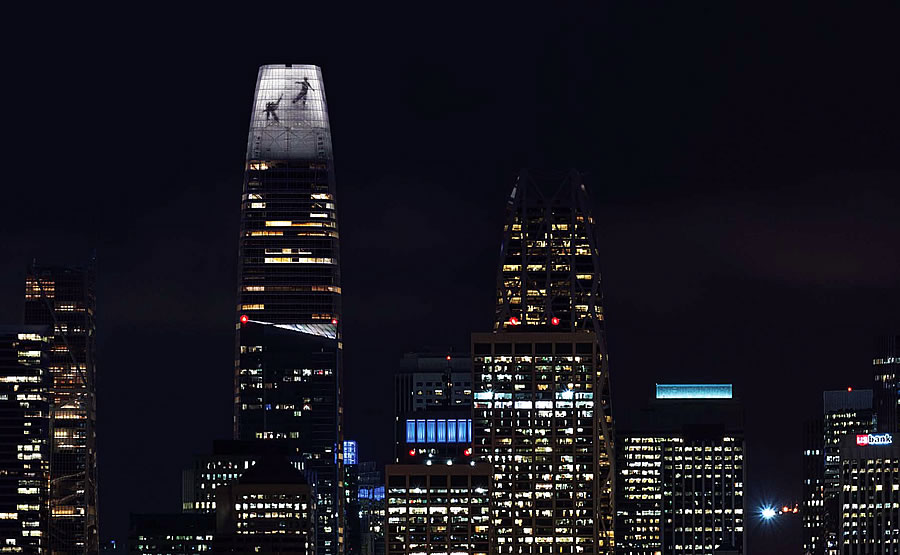 In addition to the external LEDs, the installation includes three internal lighting systems within the top two-thirds of the perforated crown: the lower wash, lantern and constellation.

The lower wash lights will be located within the lower, glazed portion of the crown and will be activated to complement exterior imagery on the aluminum panels. 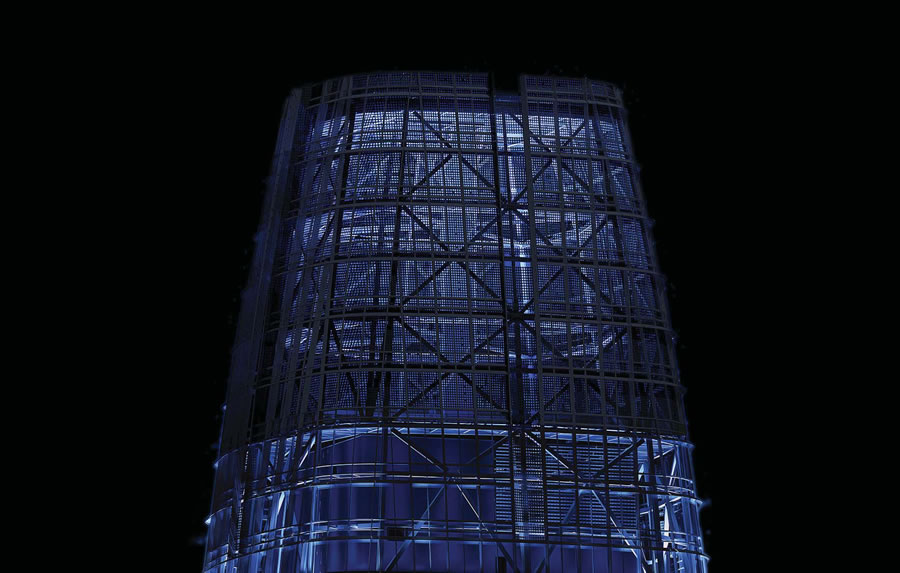 The lantern will articulate the core of the tower by lighting the internal staircase for roof access. 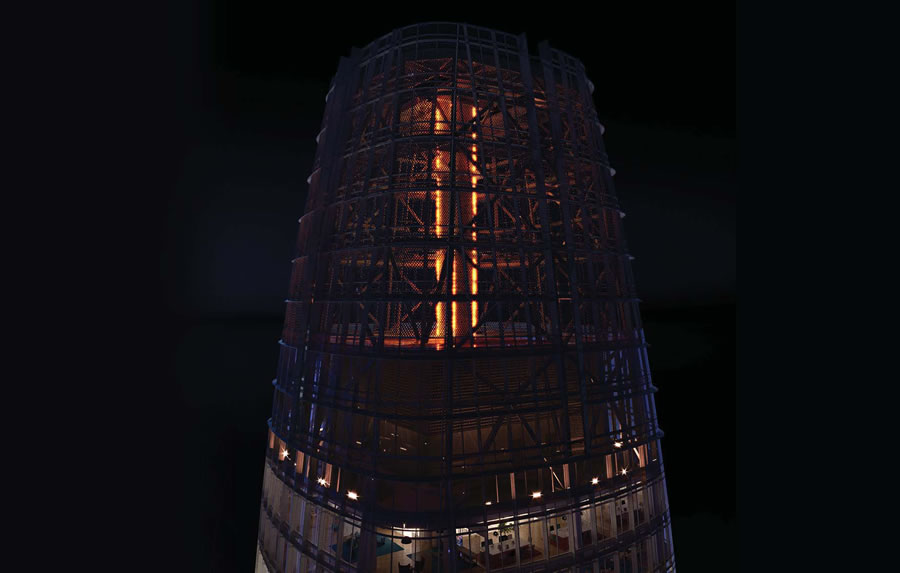 And finally, constellation will be the final display of the nighttime sequence before dawn, comprised of a series of spheres randomly suspended in the 3D space of the crown. 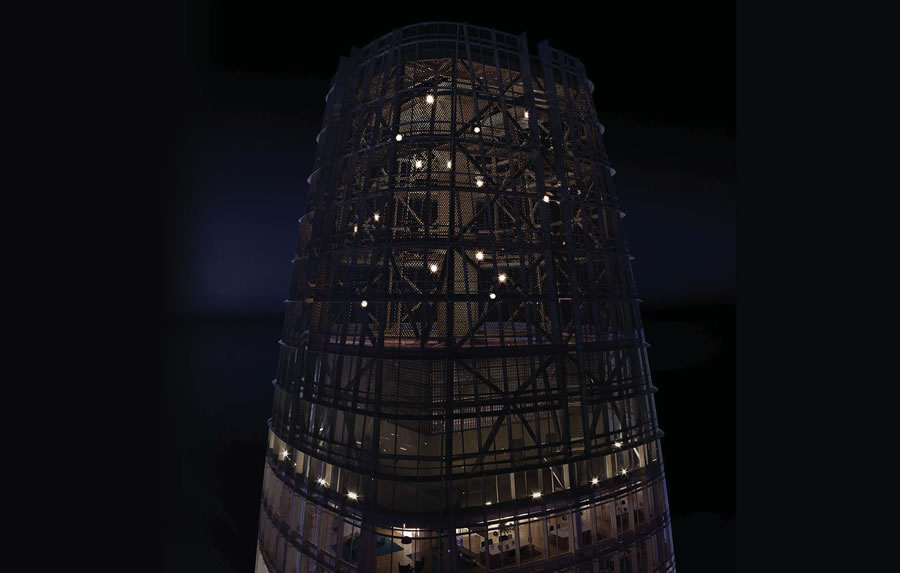 From the artist with respect to the work:

“My goal is to create an integrated dynamic image system that presents a softness of light in both space and time. This system will define the nighttime personality of the building in the context of the skyline.

The installation, along with a smaller companion piece at the base of the tower, were commissioned to satisfy San Francisco’s Planning Code Section 429, more commonly known as the city’s “1 percent for the arts” program.