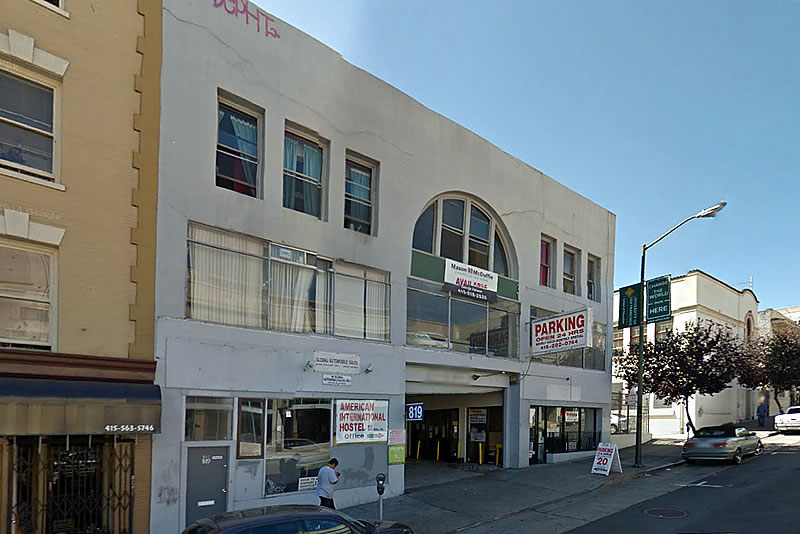 With the third floor of the Polk Gulch garage at 819 Ellis Street having been illegally converted into the “American International Hostel,” an un-permitted tourist hotel, the City had ordered the hostel to immediately cease operations over two years ago, at which point the building was on the market for $7.95 million.

While the hostel’s signage was subsequently removed, according to a complaint filed with the City at the end of last year, it was still operating as of a few months ago.

And having recently withdrawn their formal application to legalize the hotel, the proposed plans for which had “fail[ed] to demonstrate how the third floor of an automobile parking garage [could] be converted into a tourist hotel that meets all applicable city codes and regulations,” the garage is now back on the market for $9.9 million, touting the potential to build up to 130 feet in height upon the 819 Ellis Street site and possible seller financing.