Benchmark Mortgage Rate Dips but Begins the Year above 4 Percent 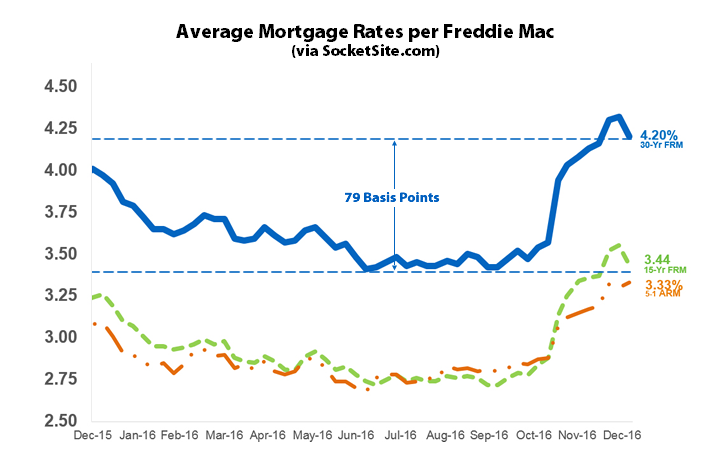 Despite the dip, the average 30-year rate has still jumped 66 basis points over the past two months and a total of 79 basis points since early July, according to data from Freddie Mac’s Primary Mortgage Market Survey, a move which shouldn’t have caught any plugged-in readers by surprise.

And while the Fed’s three predicted rate hikes this year won’t directly translate into quarter-point hikes in mortgage rates, we’ll keep you posted and plugged-in.