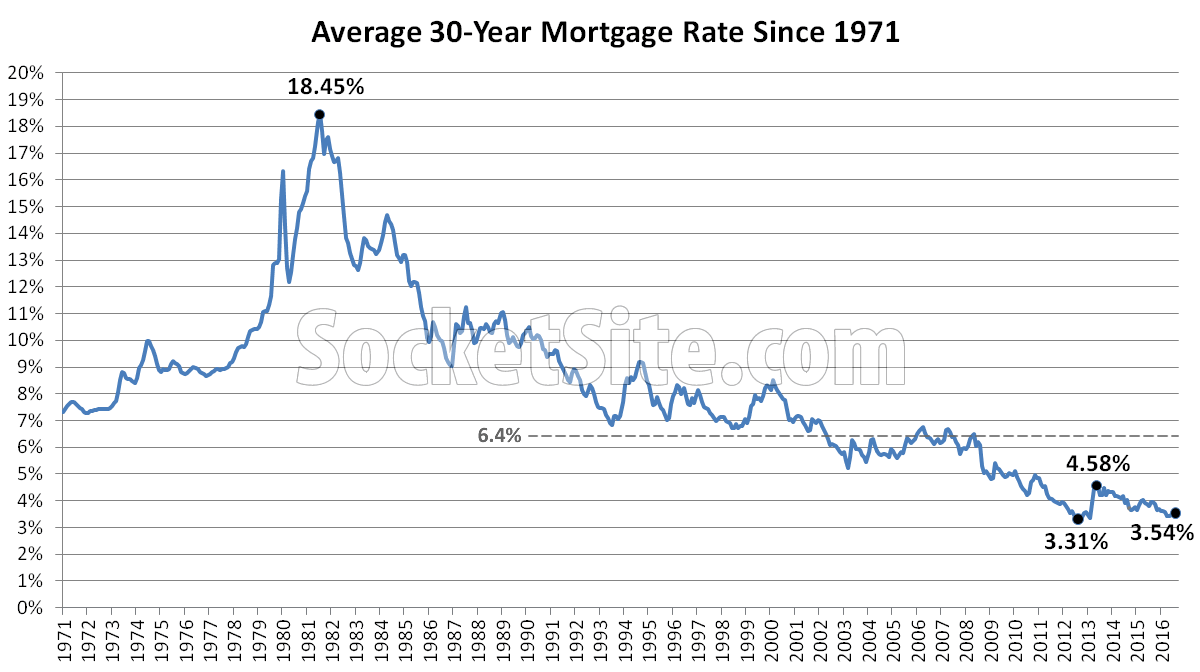 The average rate for a 30-year mortgage ticked up 7 basis points over the past week to 3.54 percent, which is the highest rate since the end of June but only 23 basis points above an all-time low of 3.31 percent and 33 basis points below the 3.87 percent rate in place at the same time last year, according to Freddie Mac’s latest Primary Mortgage Market Survey.

At the same time, the probability of the Fed enacting a rate hike by the end of the year, a probability which had dropped to below 35 percent at the beginning of August before ramping up to 74 percent two weeks ago, is holding at around 72 percent, according to an analysis of the futures market.

Keep in mind that rate for a 30-year fixed mortgage has averaged closer to 6.4 percent since 1990 and over 8 percent over the past 45 years.