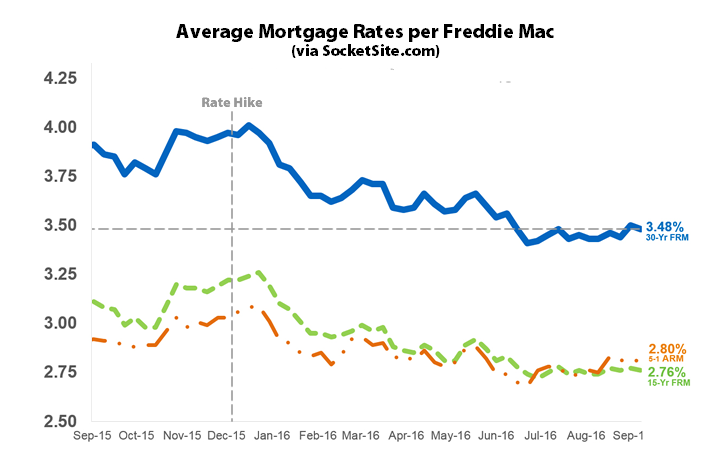 The average rate for a 30-year mortgage ticked down two basis points to 3.48 percent over the past week, which is 38 basis points below the 3.86 percent rate in place at the same time last year, according to Freddie Mac’s latest Primary Mortgage Market Survey.

At the same time, while the Fed declined to institute a rate hike yesterday, the Federal Open Market Committee noted that, “the case for an increase in the federal funds rate has strengthened.”

And according to an analysis of the futures market, the probability of the Fed enacting a rate hike by the end of the year, a probability which had dropped to below 35 percent at the beginning of August and was running about even last week, is up to 58 percent as of this morning.