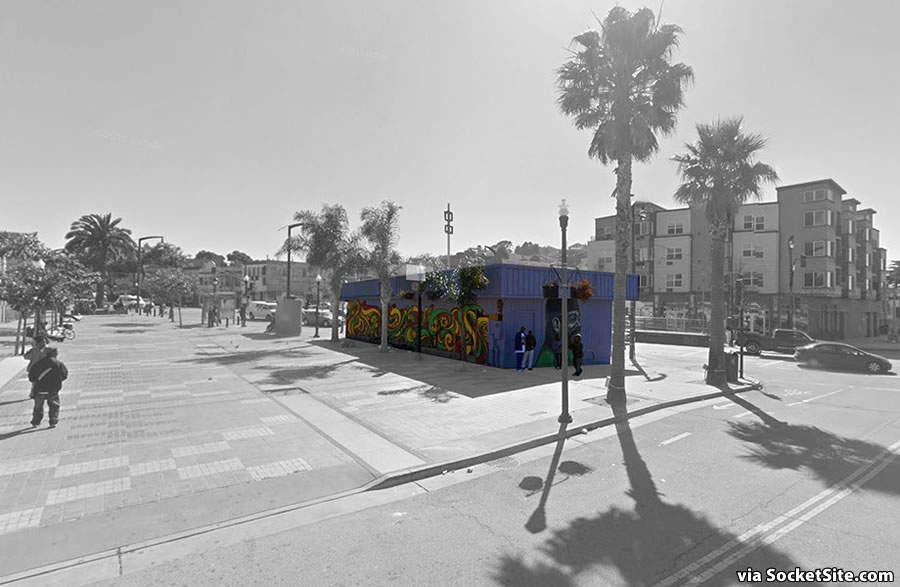 The vacant 700-square-foot shack at 4801 Third Street was built on what was to become Bayview’s Mendell Plaza back in 1974.

Muraled a few years ago in conjunction with a grassroots effort to transform the plaza, which is across the street from the newly renovated Bayview Opera House, from an open air market for drugs and violence into a community resource and gathering space, plans to raze the shack have now been drawn.

As envisioned, a modern 600-square-foot restaurant space designed by G7A for the Bishop family will be built in its place, glazed on all three sides of its primary corner to provide more transparency between Third Street and the plaza. 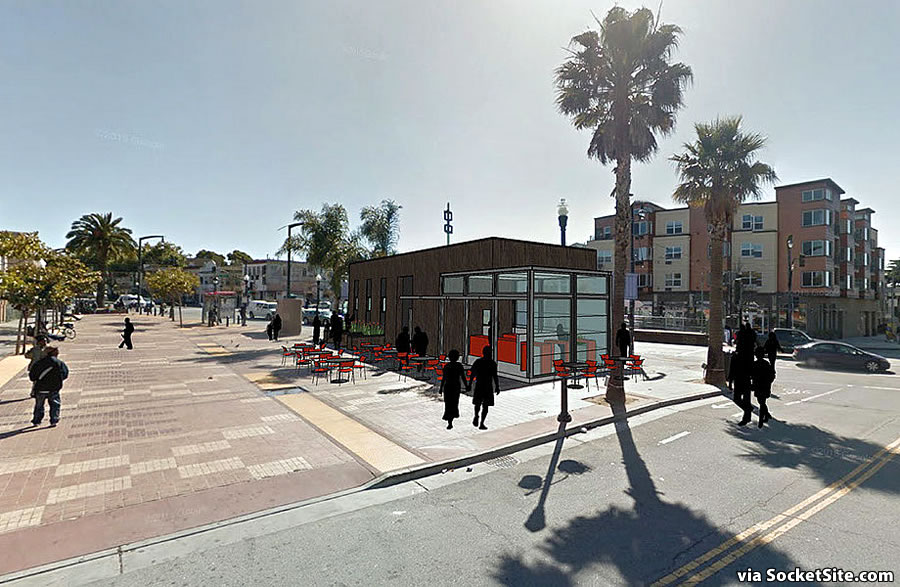 And if approved, Bishop’s Burgers could be open by the middle of 2017, with a walk-up window along Third Street opening early to serve coffee and breakfast to commuters prior to grilling up the namesake fare. 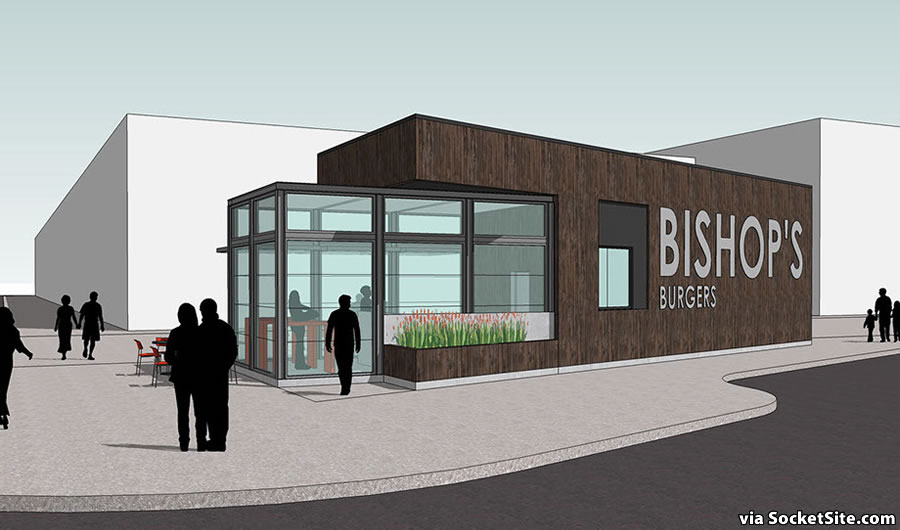