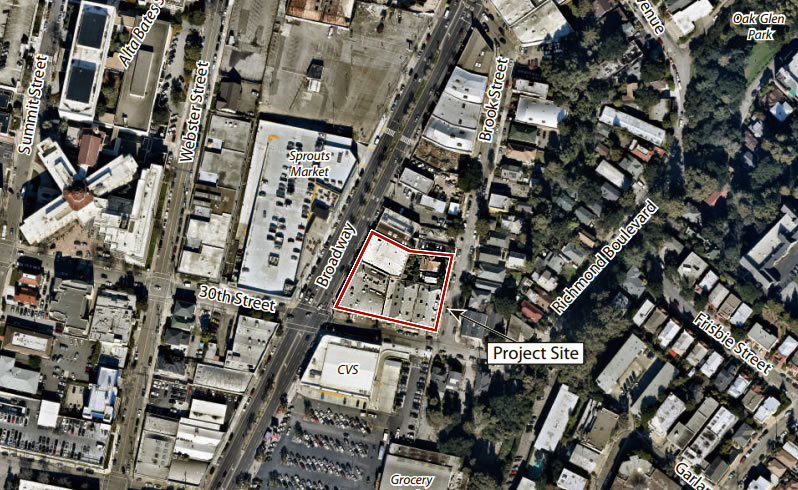 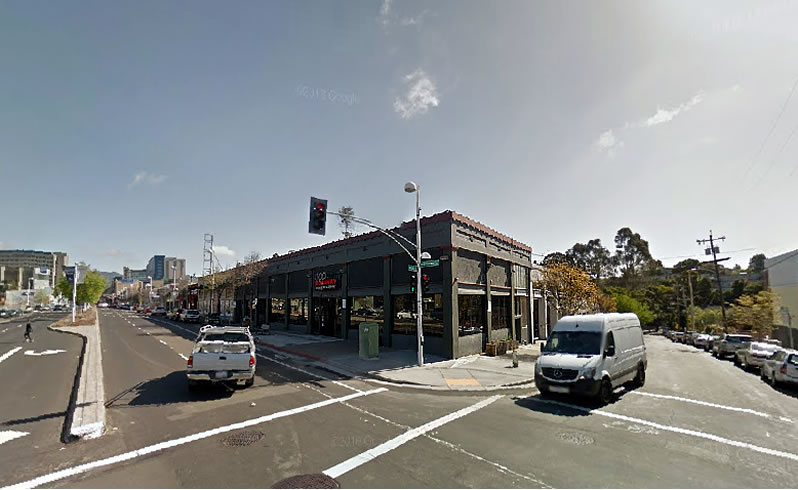 Speaking of new developments to rise along Oakland’s burgeoning Auto Row, plans to demolish everything but the façades of the existing buildings at 3000 Broadway (which wraps around the corner of 30th Street) and 3012-3020 Broadway have been granted an Broadway Valdez District Plan-based exemption from having to complete an additional environmental review.

And if approved by Oakland’s Planning Commission, a 127-unit apartment building designed by BDE Architecture for Lowe Enterprises Real Estate Group could soon rise up to six stories in height across the 3000 Broadway site, integrating the existing facades along Broadway into the development but displacing the 3KB Sports Bar:

In addition to the 127 apartments, the proposed development, which would take an estimated 26 months to complete, includes 7,900 square feet of new retail space along Broadway and a 97-car garage with its entrance off Brook, stepping down along 30th Street between the two.