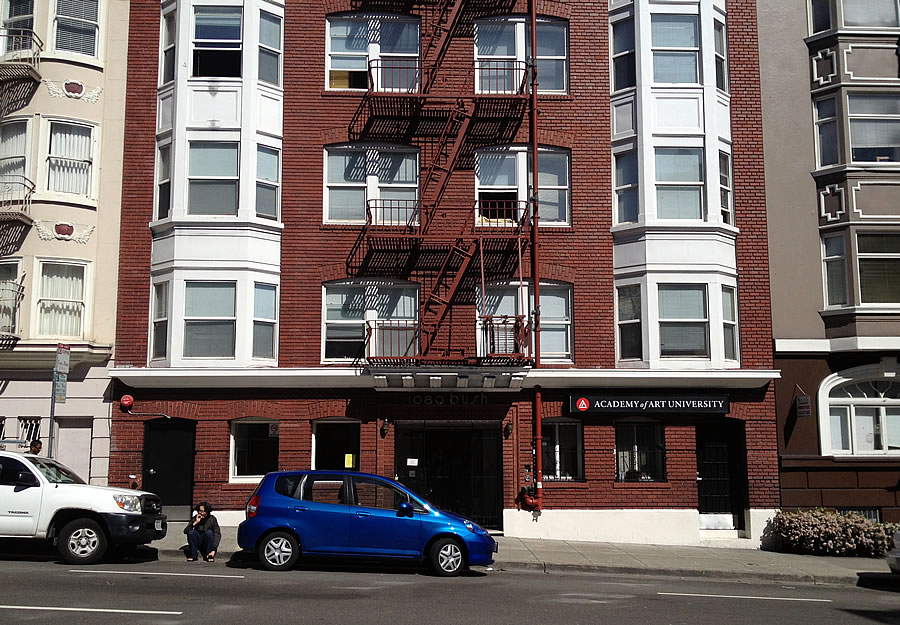 As we first reported last year, of the 40 known properties currently operated by the Academy of Art University in San Francisco, 30 appeared to be operating illegally without necessary permits or approvals.

But upon further review, it’s actually 33 of the 40 properties, or 82.5 percent, which are operating illegally, including nine buildings, such as 1080 Bush Street above, and over 620 beds of student housing which are ineligible to be permitted or legalized without legislative amendments to San Francisco’s existing Planning Code. 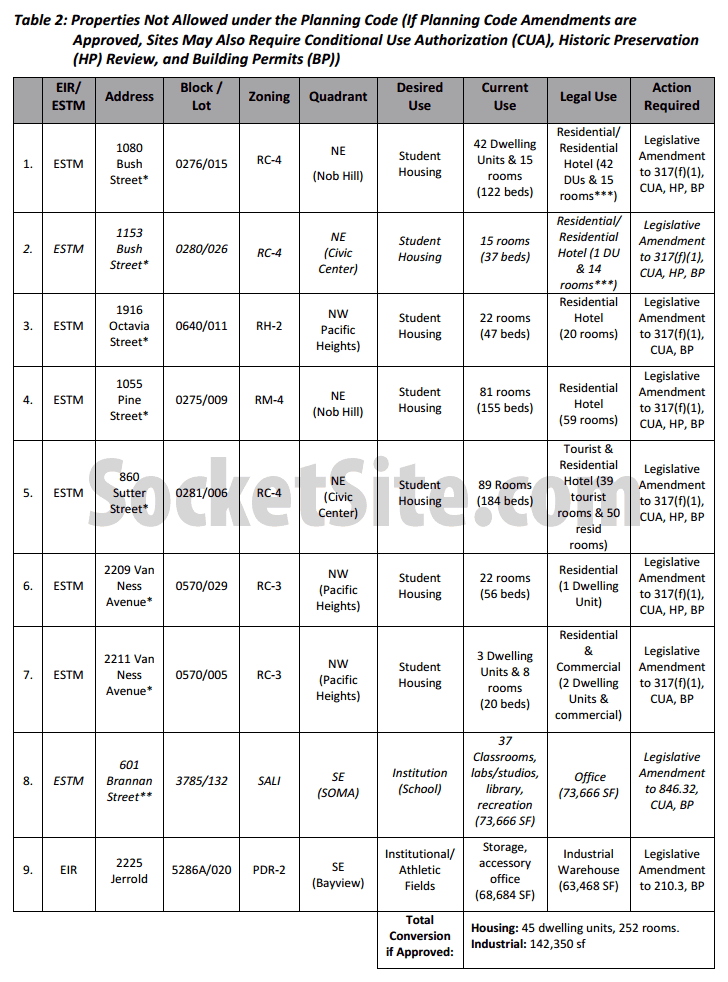 In addition to the nine (9) properties that are operating in a manner not allowed under San Francisco’s existing Planning Code, ten (10) of the Academy of Art’s properties require Conditional Use Authorizations which haven’t been approved, thirteen (13) require historic preservation reviews which haven’t been performed, and one (1) requires a Building Permit Application to be secured.

The public hearing for the University’s long-overdue Environmental Impact Report, which was expected to be certified next month, has been pushed back to July, after which San Francisco’s Planning Department “will embark on the processing of AAU’s [buildings] that require legalization.”