A second lawsuit designed to block, or at least delay, the Golden State Warriors’ proposed San Francisco arena and office complex to rise in Mission Bay has been filed by the Mission Bay Alliance in Sacramento Superior Court.

As expected, the new suit is a California Environmental Quality Act based challenge.  And while the Warriors’ development has been certified an Environmental Leadership Project by Governor Brown, which requires environmental-based challenges to be resolved within a year, according to the Business Times and the spokesperson for the Alliance, the soonest a judge is expected to be able to rule on the new suit is November 2016.

And if the Warriors Arena development hasn’t broken ground by mid-2016, the arena won’t be ready in time for the start of the 2018-2019 NBA season. 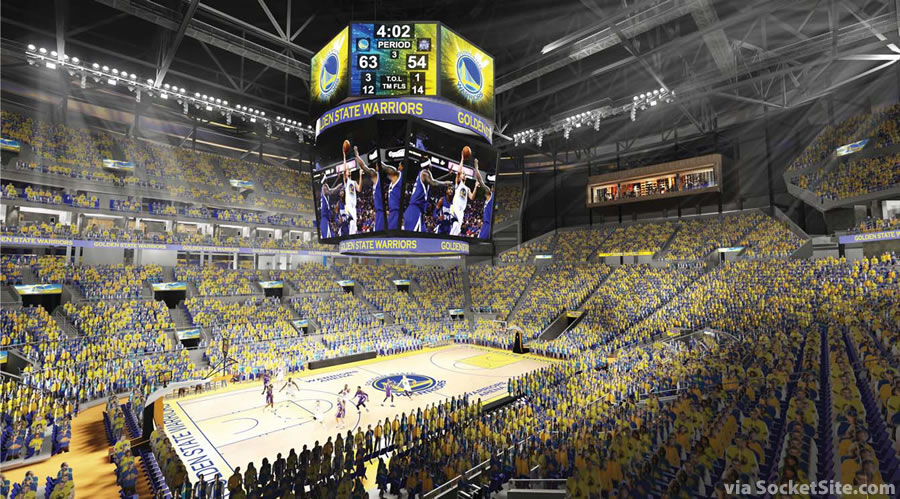 The Alliance’s first lawsuit challenging the arena was filed in Alameda Superior Court last month and has yet to be resolved or dismissed. And as we first reported last year, don’t be surprised if a number of other legal challenges are waiting in the wings.

Venture Funding Plummets and a Local Near-Unicorn Is Quite Sick