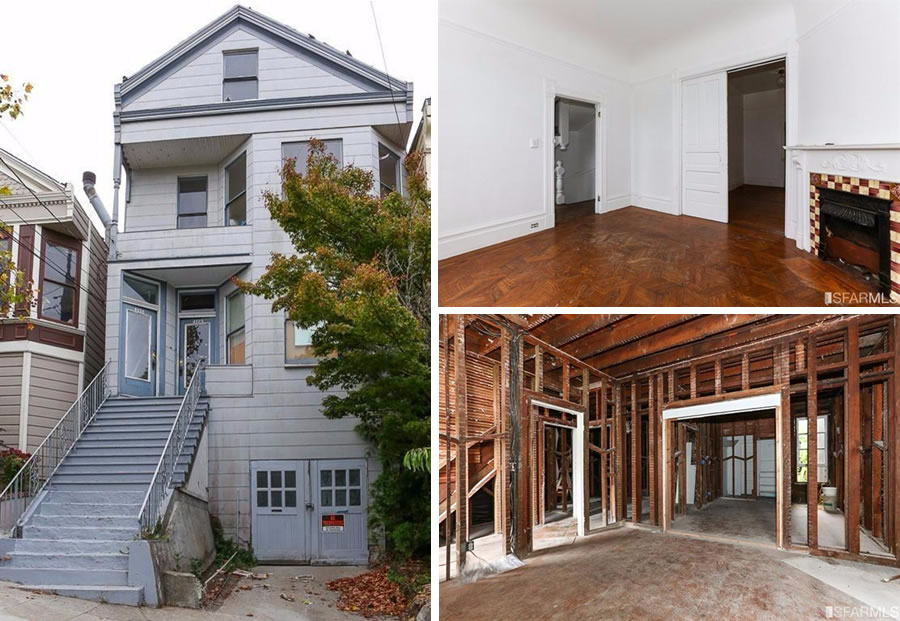 Purchased as a vacant two-unit building on an idyllic block, with “period details and wood floors throughout,” for $2.1 million in May of 2014, the Liberty Hill duplex at 4121-4123 20th Street returned to the market this past September listed for $2.25 million with a mostly gutted lower level, unapproved plans for a major remodel, and touting “big potential for either an owner user or developer.”

The re-sale of 4121-4123 20th Street has now closed escrow with a reported contract price of $2,071,850 and eight complaints related to unpermitted or unsafe work and a successful appeal of a previously issued permit which resulted in additional foundation work and expense having been logged between the last two sales.

As we noted earlier this year, new listings and reductions for unfinished flips in San Francisco have been on the rise.