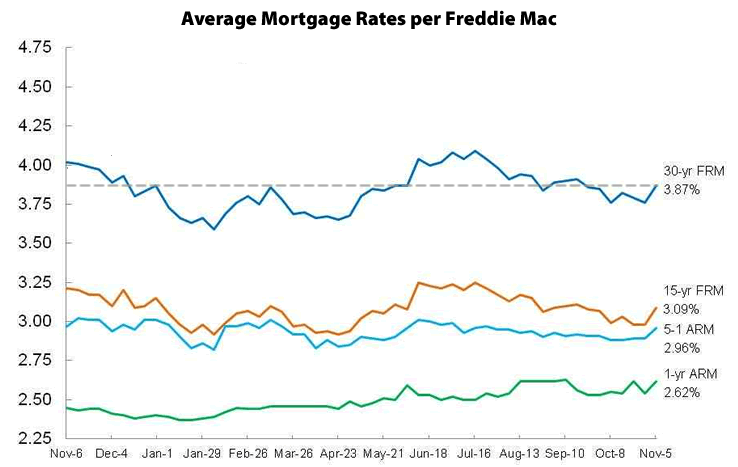 The average rate for a conforming 30-year mortgage increased 11 basis points over the past week to 3.87 percent, up 28 basis point from the 3.59 percent low for the year in February but 15 basis points below the 4.02 percent average rate at the same time last year and below four percent for the fifteenth week in a row.

At the same time, with Federal Reserve Chair Janet Yellen having recently referred to a December rate hike as a ‘’live possibility,’ the probability of hike in the Fed Funds rate by the end of the year has jumped from 30 percent three weeks ago to 56 percent today in the eyes of the futures market.