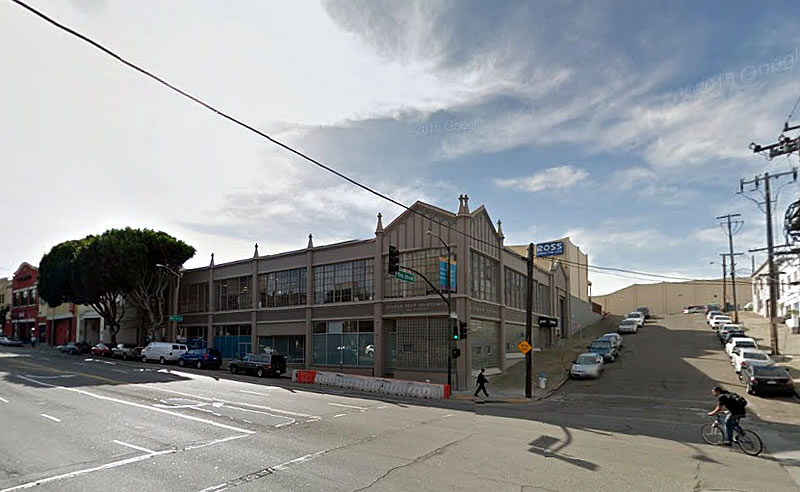 Built in 1928, the two-story building at 200 Potrero Avenue which now abuts the Potrero Center was originally a sales and administrative office for the International Harvester Company. 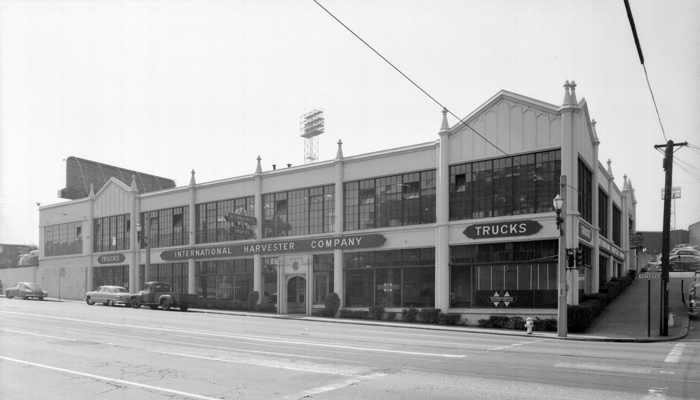 The building is now occupied by Golden Bear Sportswear, which was founded in San Francisco in the 1920’s to make jackets for local longshoreman and has produced Varsity jackets, Bomber jackets, and Motorcycle jackets in the city since the 1950’s.

Golden Bear currently employs around 30 people, with 95 percent of the 25,000 jackets it produces each year made in San Francisco, which had included all the varsity jackets for David Letterman’s staff before he retired earlier this year.

But as proposed, the 200 Potrero Avenue building will be gutted and converted into a 30,000-square-foot Club Fitness gym, complete with a pool, spa and multiple areas for weights, cardio and classes.

In terms of parking, “most customers and employees are expected to access the site on foot, by bicycle or by public transportation,” according to the application. And to the extent that parking is needed, “it will be accommodated by parking already existing at the Potrero Center – no new parking will be added.”

The proposed project would not alter the historic elements of the building façade, which would be restored, but it would result in the permanent loss of 28,000 square feet of space currently devoted to production, distribution, and repair (PDR) uses.

While gyms in general are an allowed use for the site with a Conditional Use Authorization, if approved by San Francisco’s Planning Commission, the property falls within an area covered by the Mission Area Plan which is specifically meant to encourage and retain PDR space in the city.

And yes, the existing 24 Hour Fitness on the other side of the Potrero Center would remain.