Mortgage Rates Drop, Odds Of A Hike In 2015 Under 50 Percent 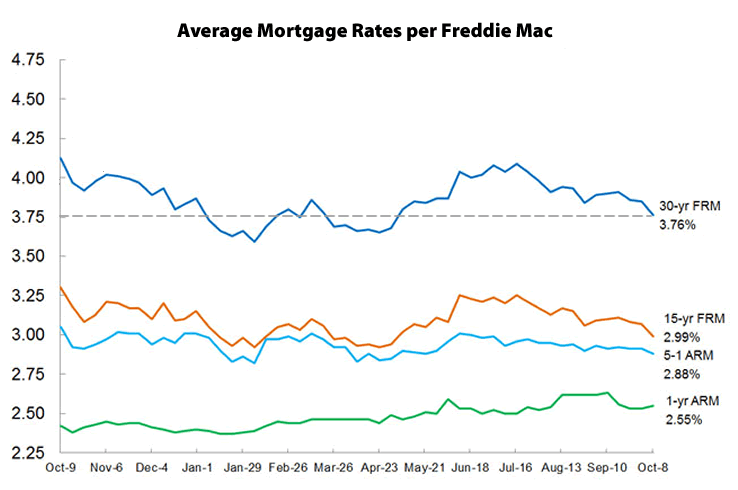 While local employment remains on a tear, a weaker than expected U.S. jobs report spooked the market and drove Treasury rates down over the past week as assets shifted to safer investments.  And as such, the average rate for a 30-year mortgage dropped 9 basis points to 3.76 percent, according to Freddie Mac’s latest Primary Mortgage Market Survey.

At the same time, with Federal Reserve Chair Janet Yellen having suggested that the Federal Open Market Committee is likely to increase the federal funds rate later this year, absent any new economic surprises, the probability of a quarter-point rate hike by the end of the year ticked up four points to 39 percent in the eyes of the futures market.  March of 2016 remains the first month in which the probability of a hike is currently over 50 percent.