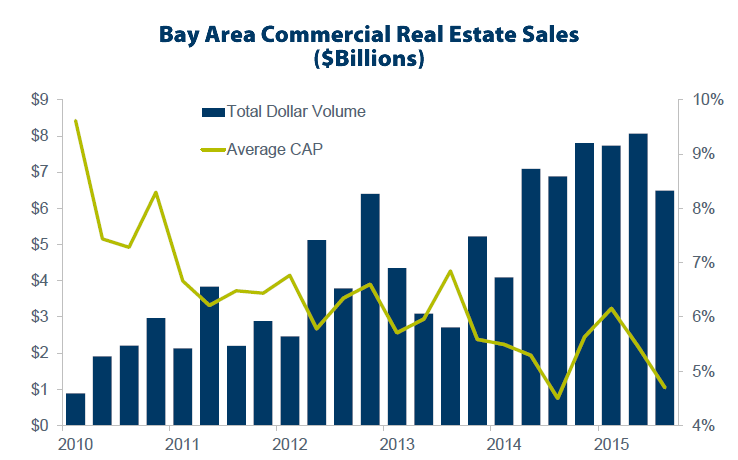 That being said, the dollar volume last quarter was 44 percent above the quarterly average of the past five years and total sales in 2015, which currently tallies $22.4 billion, will likely surpass 2014, which would make 2015 the second highest total dollar volume year on record behind the $34.9 billion recorded in 2007.

Roughly 9 percent of Bay Area investment property sales have been to foreign entities so far this year.

Existing-Home Sales Tick Up In The U.S. As The Median Price Dips

So, You Think This Site Is Simply Too Small For A Tower?