Unable To Solve Homeless Problem, City Will Erect A Fence 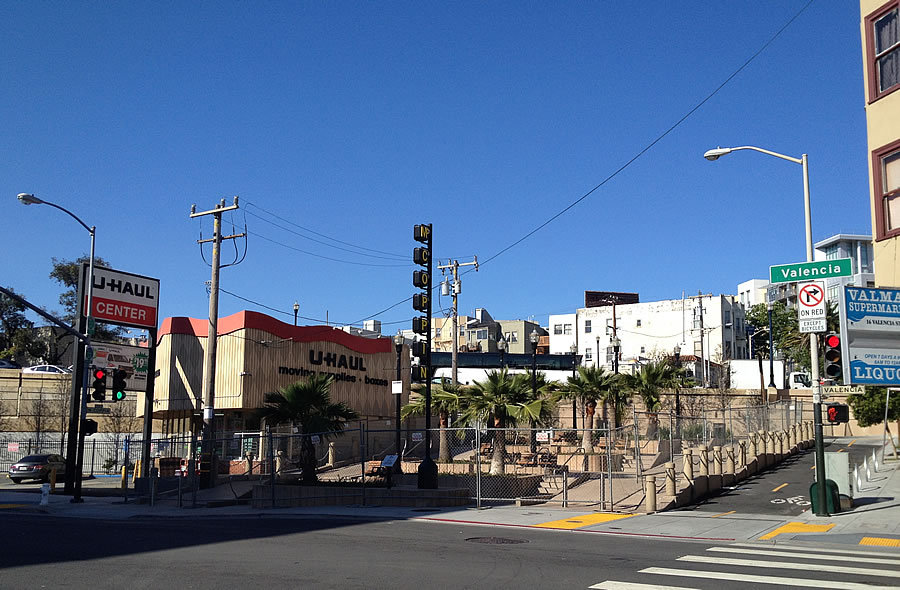 Abruptly fenced-off and padlocked earlier this year, the City now plans to erect a permanent fence around the new McCoppin Hub Plaza and “open space.”

Developed with a mix of permanent seating and terraced pads for food trucks, farmers markets or other community events, the plaza was designed to revitalize a dead space in the neighborhood and to become a “calm, open and welcome” space “controlled by the community.”

According to the Department of Public Works a few months ago, the temporary fencing was simply to allow for a couple of landscaping and irrigation changes, but the plugged-in readers who wondered if the area’s growing homeless population and their control of the plaza were actually to blame for the sudden closure were either prescient or correct.

And according to MissionLocal, the prospective plans for the plaza now include an eight-foot fence with swinging gates or a roll-up barrier which which could be in place within six months and would be kept closed, except during scheduled events or at specific times. 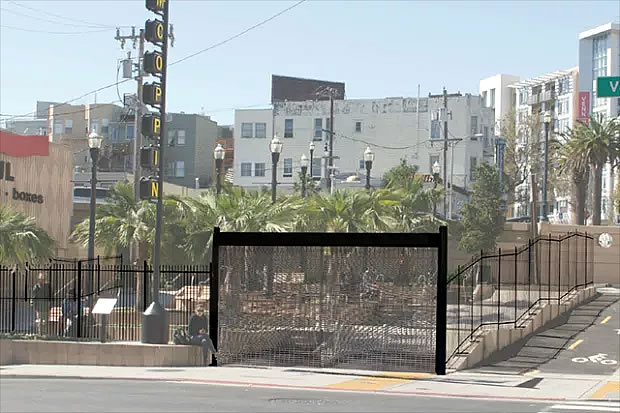