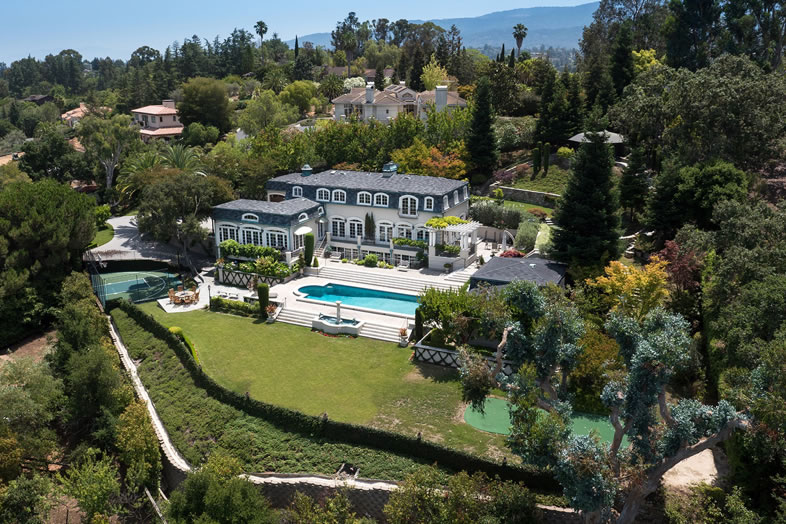 The one acre Palo Alto parcel upon which the 8,300-square-foot nouveau French Manor sits at 890 Robb Road was purchased for $3.25 million in 2001, at which point a pedestrian 3,300-square-foot home with four bedrooms had sat on the site since 1973 and was subsequently razed. 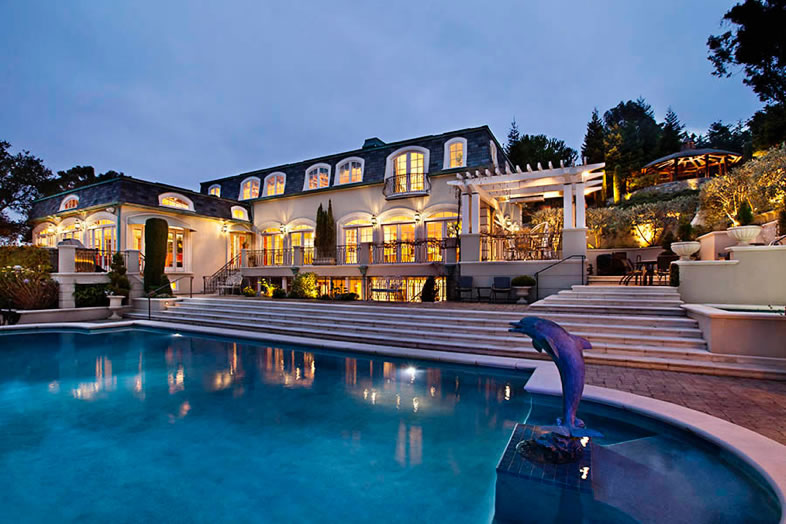 Designed by Sephen Pogue and constructed in 2003, the property now totals six bedrooms and seven and one-half baths, including the pool/guest house in the count. 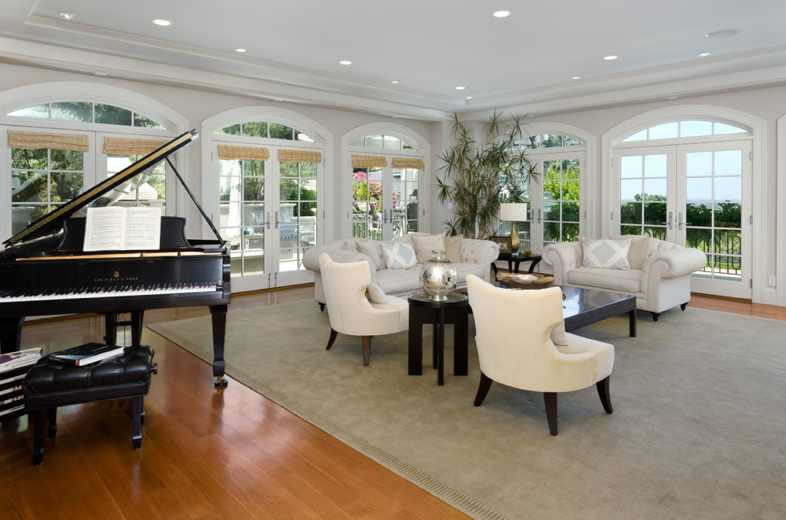 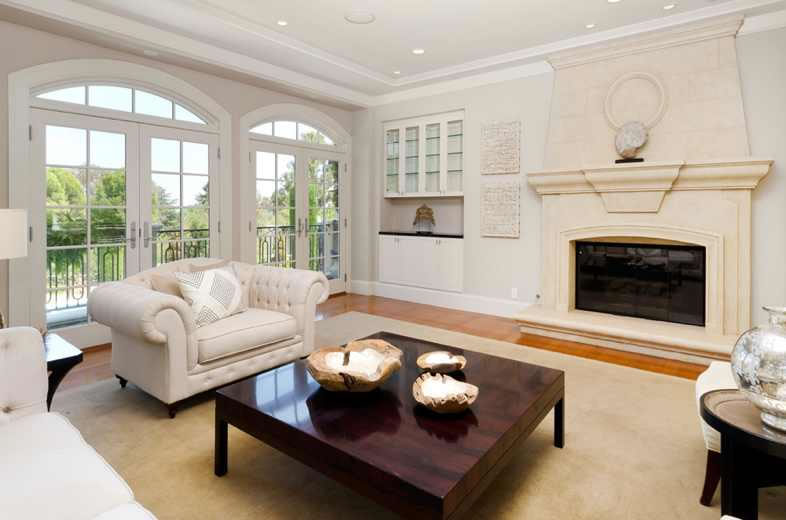 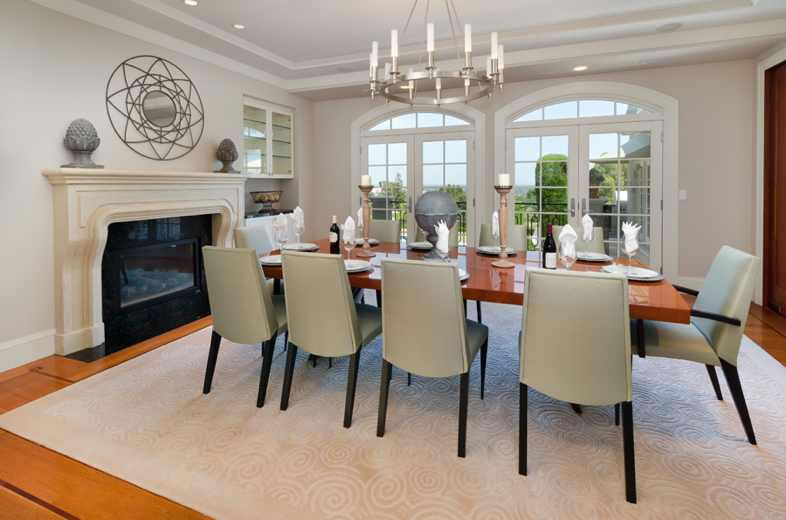 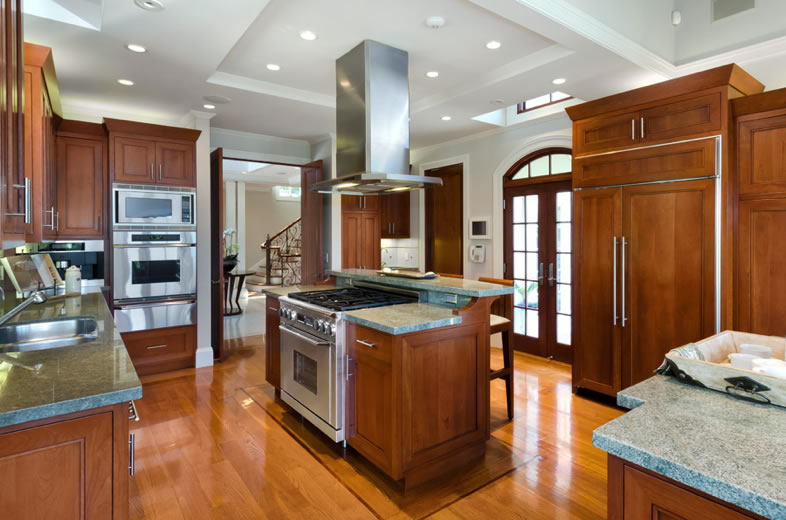 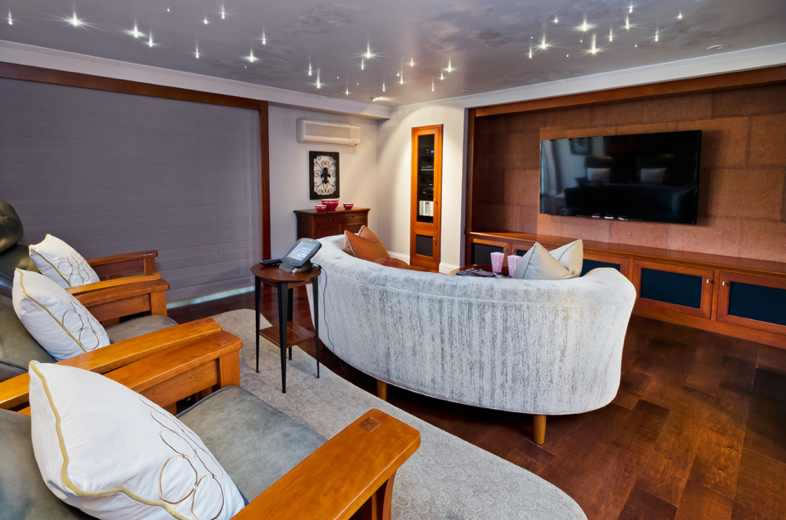 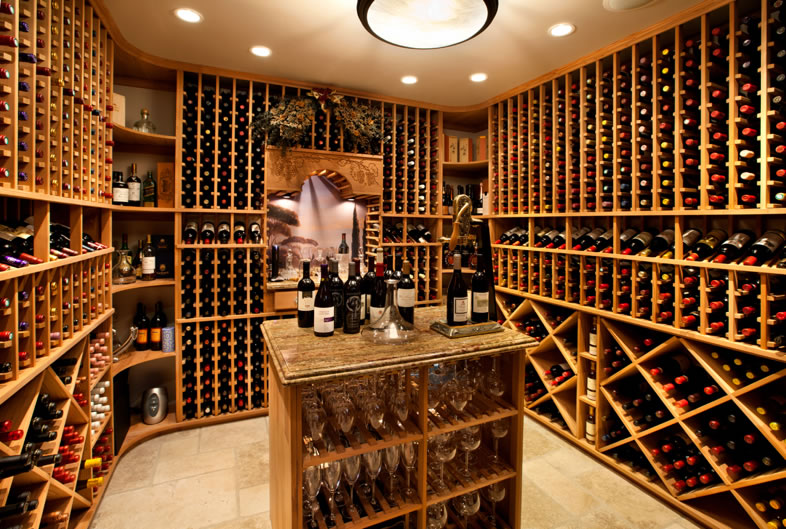 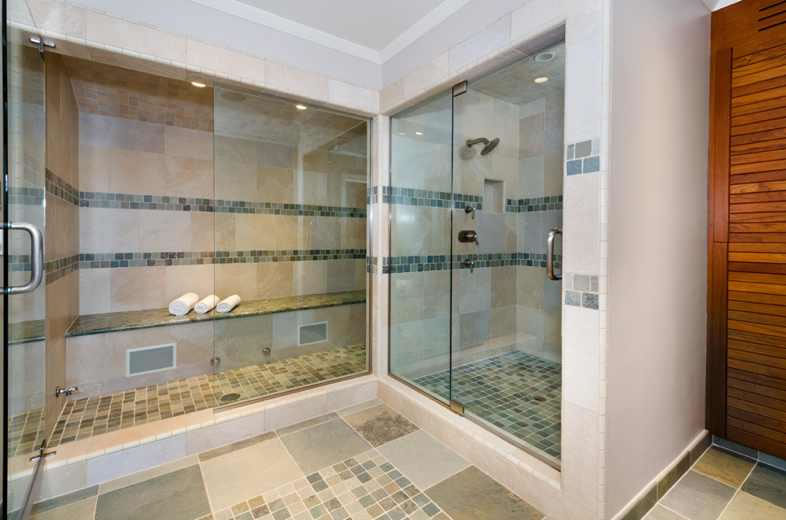 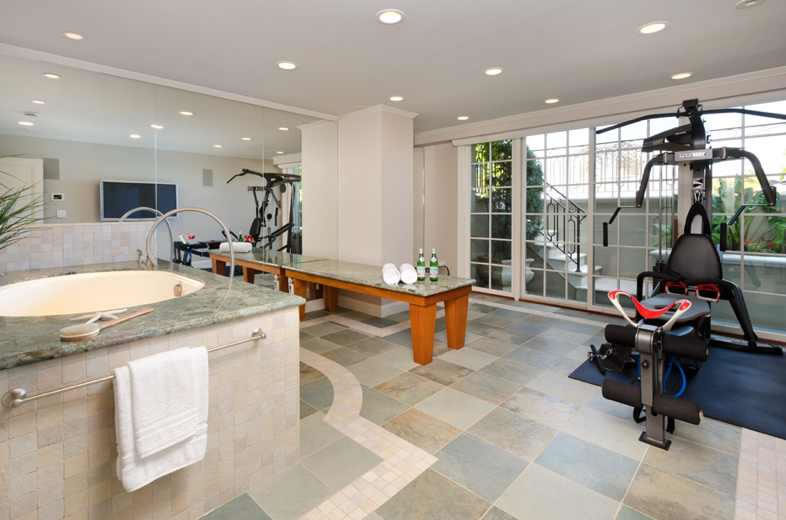 And a rather enviable outdoor patio and kitchen with two charcoal barbeques in addition to the gas grill. 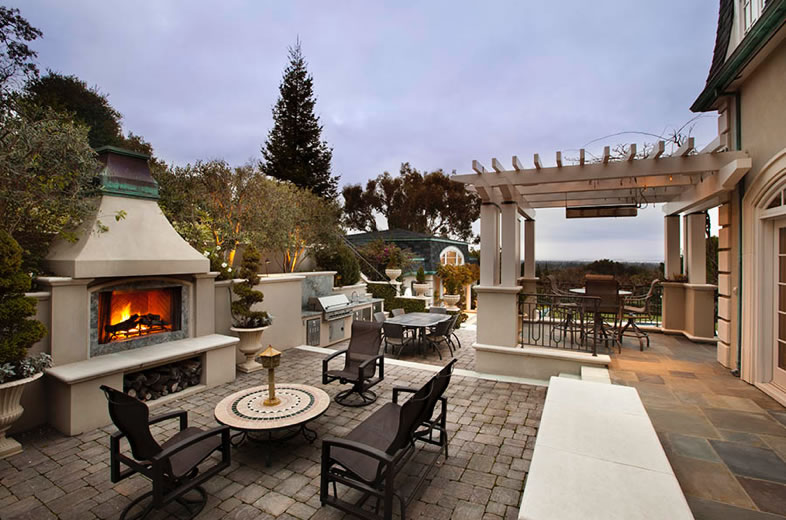 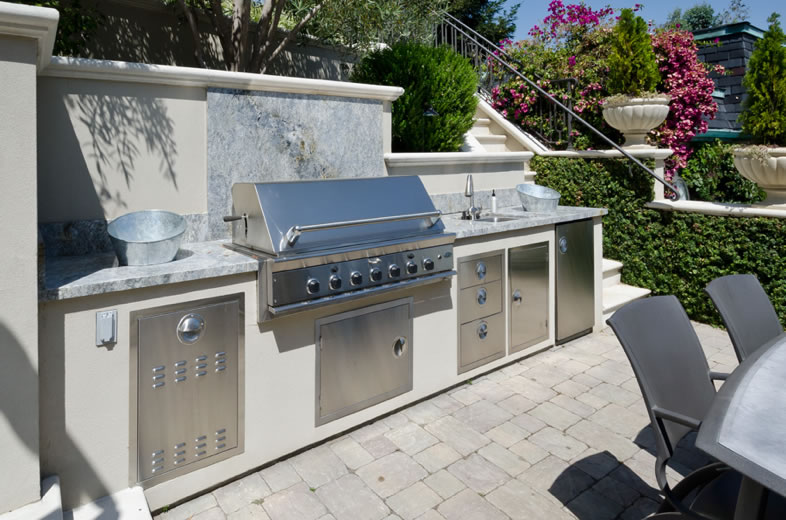 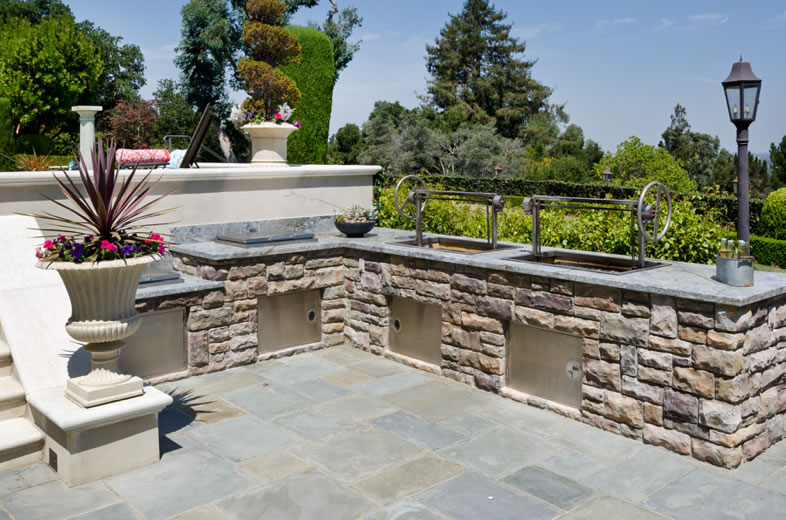