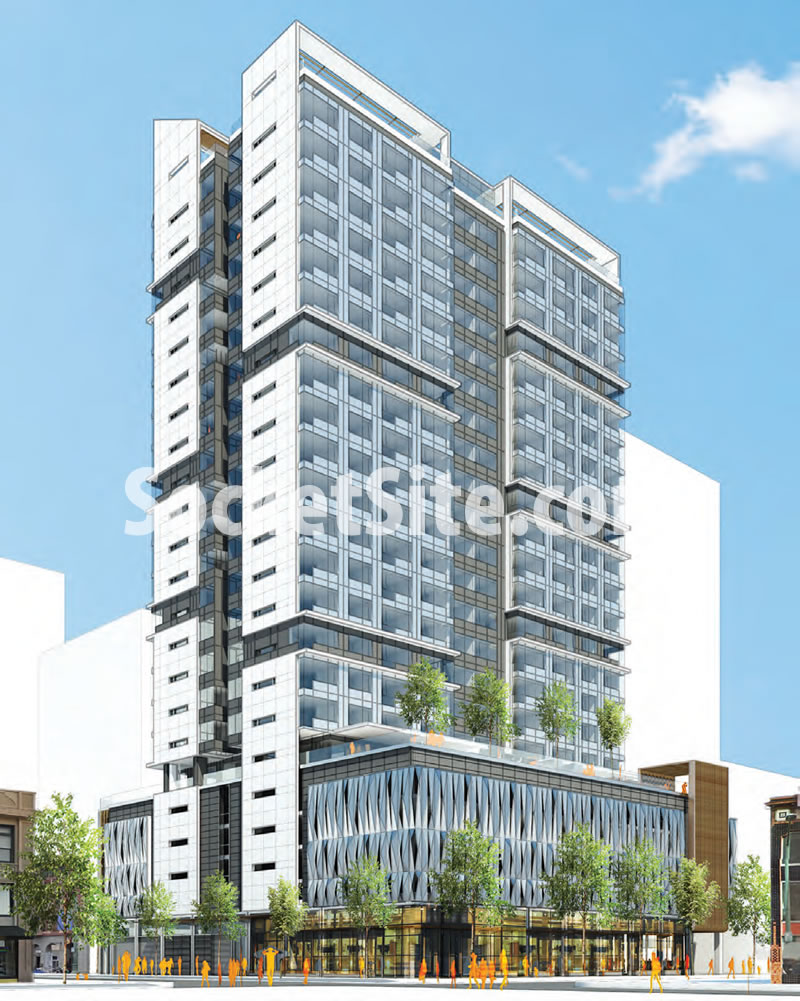 Three blocks away from the 345-unit development at 1900 Broadway which was approved by Oakland’s Planning Commission on Wednesday, Gerding Edlen is pushing forward with plans for a 250-foot tower with 206 apartments to rise at 1700 Webster Street.

As designed by Perkins+Will, the 206 units would be spread across the top 18 floors of the 24-level tower, with a 3,300-square-foot roof deck above a penthouse floor with a 15-foot canopy.

A four story podium would conceal parking for 206 cars and 70 bikes and provide a platform for a sixth-floor roof deck. 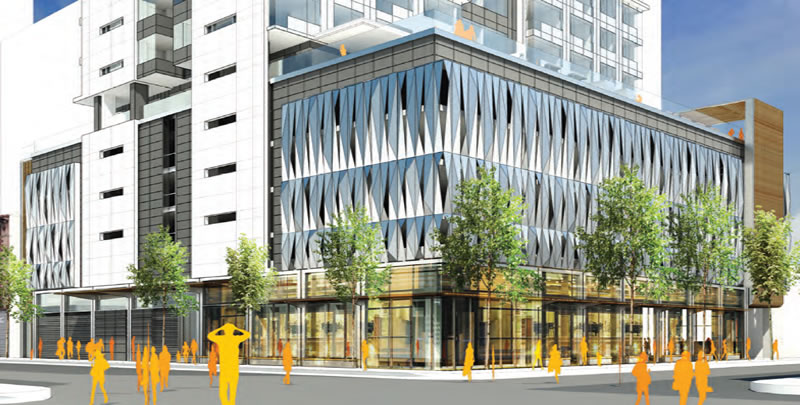 The ground floor of the building would front both Webster and 17th Streets, with the building’s lobby off 17th Street and 6,000 square feet of retail space primarily fronting onto 17th, but also wrapping around the corner to provide a retail frontage along Webster as well.

Qualifying for a CEQA exemption as an infill project and consistent with Oakland’s Central Business District General Plan and all zoning, the tower could be fully approved within the next couple of months and the development team is planning to break ground by the end of the year, with occupancy slated for the second half of 2017.

A Replacement Grocery (Outlet) Is Budding In Portola