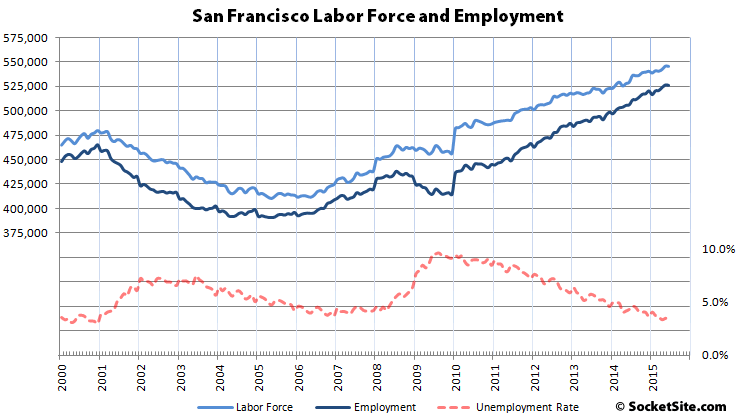 The number of people living in San Francisco with a job slipped from an upwardly revised record 526,500 in May to 526,100 in June but remains 19,300 higher on a year-over year basis. 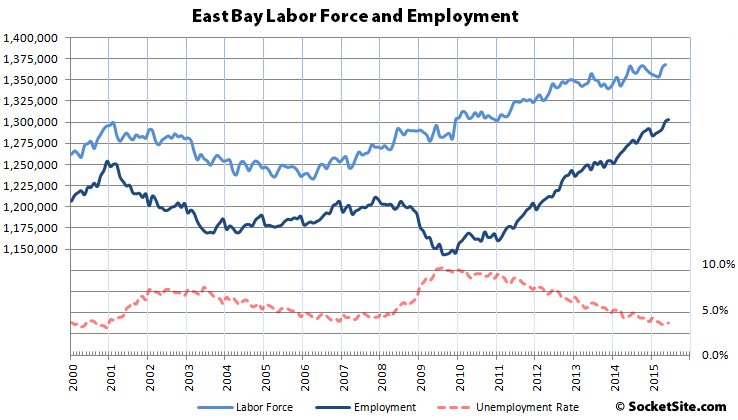 There are currently 60,600 more people living in San Francisco with paychecks than there were at the height of the dot-com peak in 2000 at which point the unemployment rate measured 3 percent with a labor force of 480,000 versus 545,400 last month.

The East Bay unemployment rate is currently 4.7 percent, down from 5.8 percent at the same time last year and 11.2 percent in January 2010.

Twice The Price After Two Years In Pac Heights (Again)