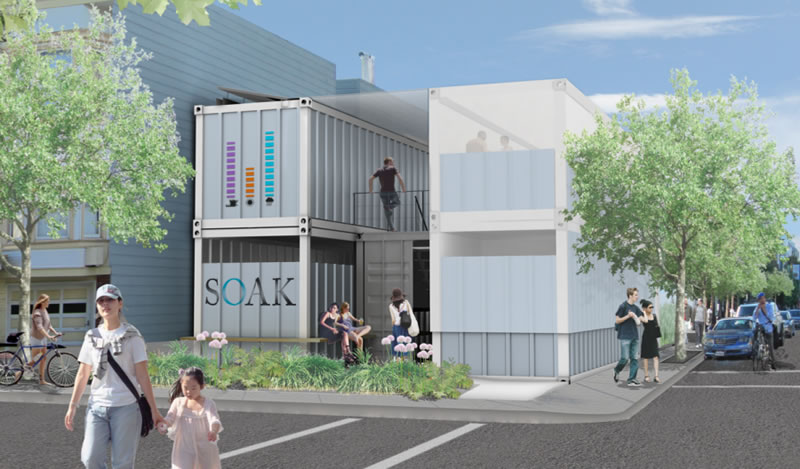 SOAK’s Kickstarter campaign to fund the development of a prototype urban bathhouse and eco-spa constructed out of re-purposed shipping containers – with solar panels, a rainwater catchment and filtration system, and a graywater garden – failed when only $26,508 was pledged with a $240,000 goal. 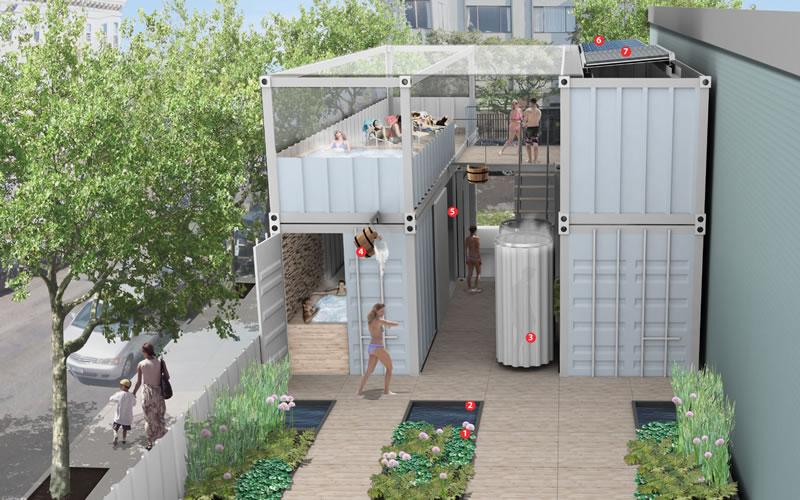 But Nell Waters and her team are pushing forward with a proposal to install a pop-up SOAK prototype on Mission Bay Commons, the linear park in the works between Mission Bay Boulevard North and South, west of Third.

The details of SOAK’s proposal for their pop-up will be presented to the Mission Bay Citizens Advisory Committee on Thursday along with the designs for Uber’s proposed Global Headquarters by SHoP and Off the Grid’s plans to park food trucks at Fourth and Mission Bay Boulevard South.