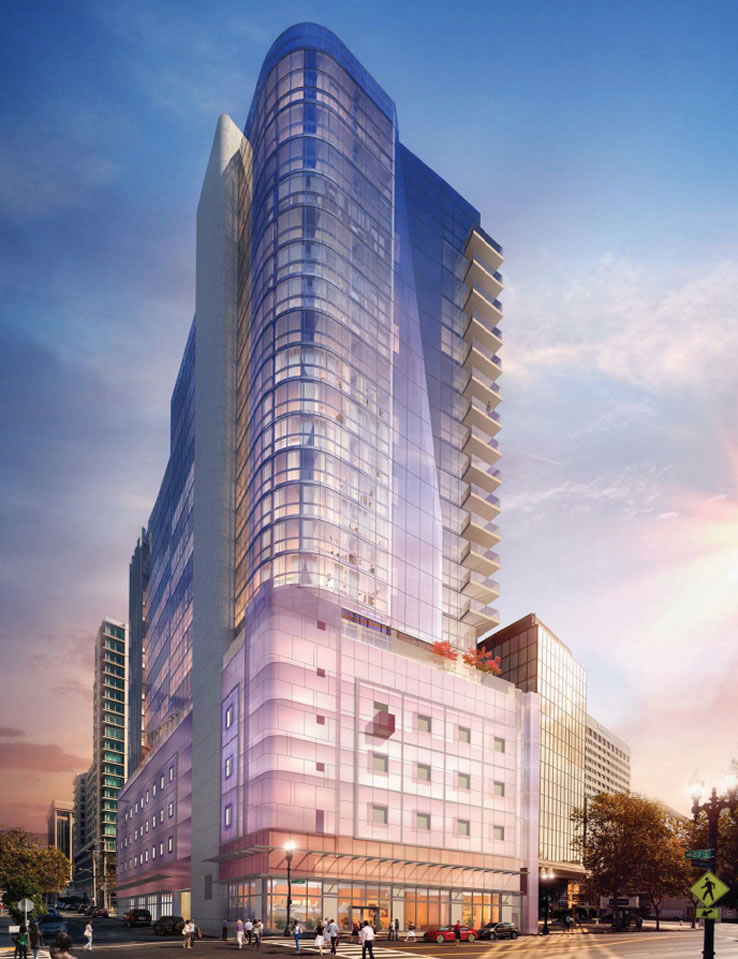 Lakeshore Partners has submitted plans for a 24-story building to rise on the parking lot at 2270 Broadway in Oakland.  The existing “80 Grand” medical office building and parking lot on the south half of the block would remain in place.

Parking for 261 cars, including 35 spaces for the building’s retailers, would be provided in a garage which would span the first six levels of the building.

The 2270 Broadway site had been envisioned for the development of an 8-story hotel under Oakland’s Broadway Valdez District Specific Plan (BVDSP) which was adopted last year.  And as such, and noted by Tim Mulshine, the proposed project is positioned to forego a lengthy environmental review process and could be fast-tracked for development.

If approved and financed, the project would take an estimated 24 months to construct.