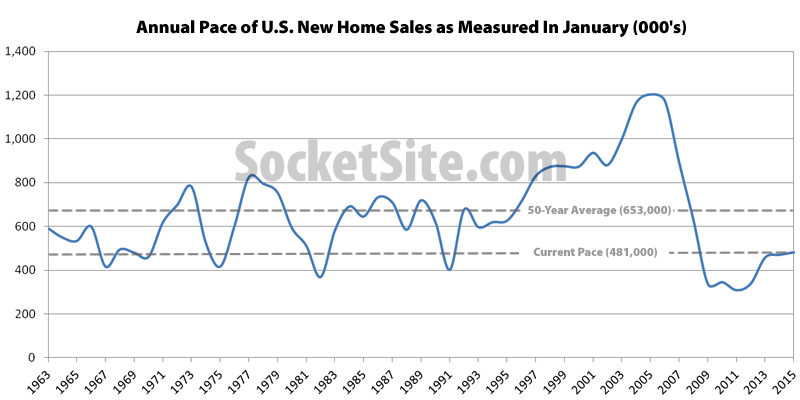 Having jumped 11.6 percent in December, the seasonally adjusted pace of new single-family home sales in the U.S. slipped 0.2 percent to an annual rate of 481,000 sales in January.

And while new home sales in the U.S. are running at a pace which is 5.3 percent higher than at the same time last year, that’s down from 8.8 percent higher on a year-over-year basis the month before and 26 percent below than the long-term average as measured in January over the past 50 years (653,000).

In the West, the pace of new home sales slipped 0.8 percent from December to January and is running 5.0 percent higher versus the same time last year, versus 23.6 percent higher on a year-over-year basis in December.

And in terms of inventory, the number of new single-family homes for sale in the U.S. is currently 15.3 percent higher than at the same time last year, with the greatest number of new homes on the market (218,000) since 2010.