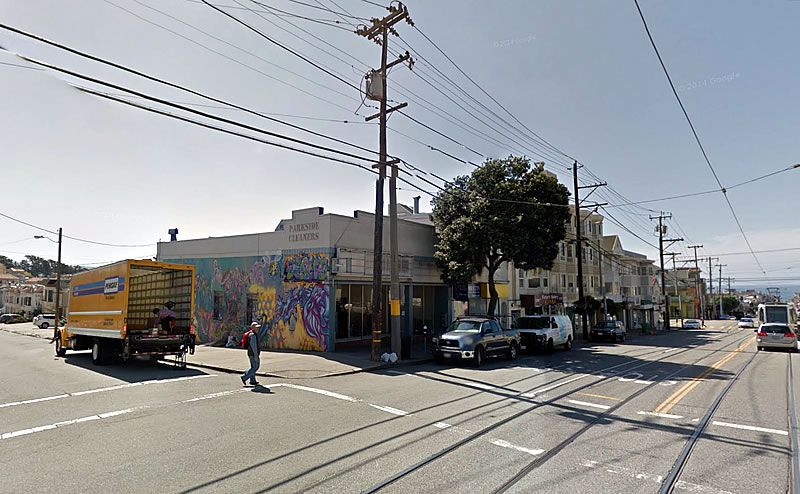 Plans to raze the old Parkside Cleaners on the southwest corner of Taraval Street and 17th Avenue and construct a four-story building, with three 2,200-square-foot condos over 1,500 square feet of retail, are in the works.

Standing in the way of the development: Section 145.1 of San Francisco’s Planning Code which requires any ground floor space within 25 feet of a street that’s at least 30 feet wide (as are both Taraval and 17th) to serve an “active use.” 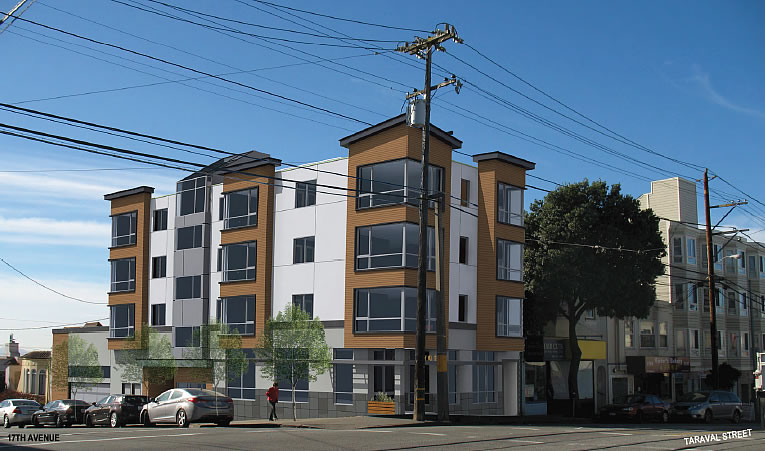 While the proposed retail space fronting Taraval counts as an active use, as does the proposed residential entrance to the building on 17th, the building’s proposed three-car garage is considered “inactive,” which is a little ironic considering the city’s position that garages promote the active use, rather than storage, of cars.

A variance to allow the project to rise on the corner as designed could be approved by San Francisco’s Zoning Administrator next week.  But if not, it’s back to the drawing board for Gabriel Ng + Architects and the Parkside parcel at 701 Taraval.

Talk Of "Housing Moratorium" In The Mission Shouldn’t Surprise