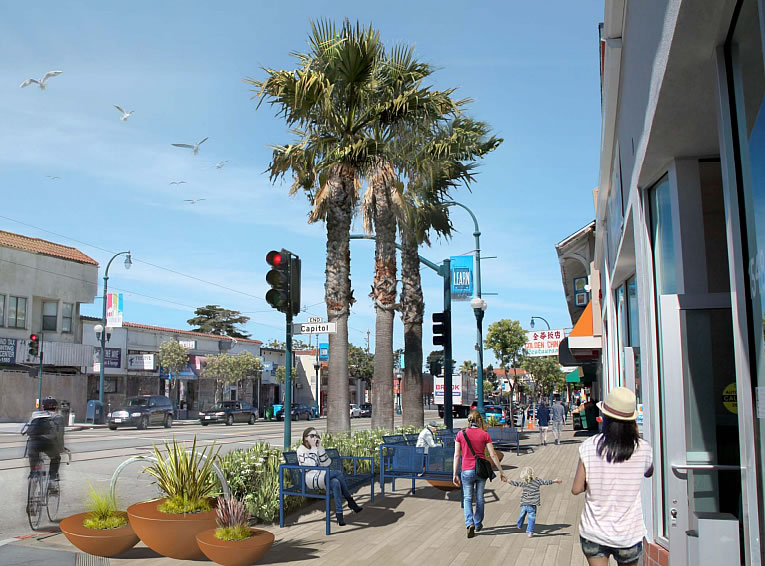 The first phase of the Ocean Avenue Corridor Design project, which includes new plantings and streetscape improvements – such as new “activity areas” with seats, planters and bike racks – along Ocean, between Manor Drive and Phelan Avenue, is slated to kick off early this year, funded with dollars allocated from the Road Repaving and Streets Safety Bond. 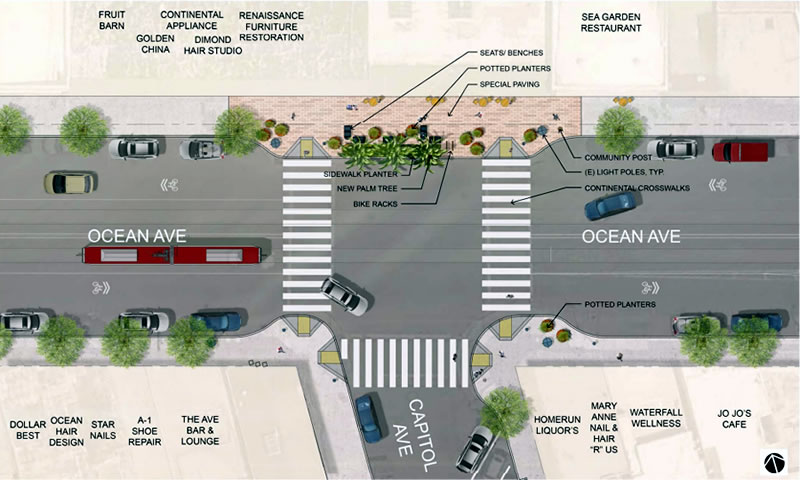 The final designs for the second phase of the project, a longer term vision for both Ocean and Geneva Avenues from Phelan over I-280 to San Jose Avenue – which includes a redesign of the rather ugly Ocean/Phelan/Geneva intersection and CCSF pedestrian bridge; improved access and connections to the Balboa Park BART Station; and the potential for dedicated bike lanes and a number of new plazas – will be presented to the community next week.

Missing $1.3 Million In SoMa Funds Slated To Be Replaced