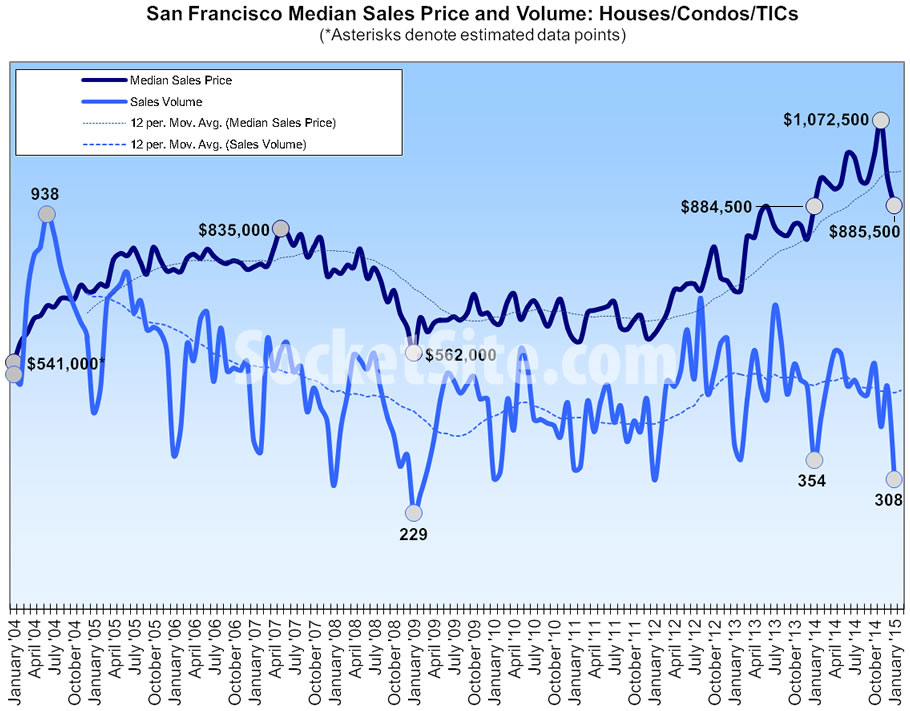 It has been three years since the median price paid for a home in San Francisco was unchanged, or lower, on a year-over-year basis.

And in terms of activity, the number of recorded home sales in San Francisco fell 42 percent from December to January (versus a typical seasonal drop of closer to 35 percent) and sales were down 13 percent versus the same time last year, the slowest month in three years.

That being said, the median price paid for a home in San Francisco last month was 58 percent higher than the last low-water mark of $562,000 recorded in January 2009, a metric which was relatively unchanged from the month before.

Across the greater Bay Area, homes sales dropped 41 percent from December to January and are down 6 percent year-over-year, the slowest January since 2008.