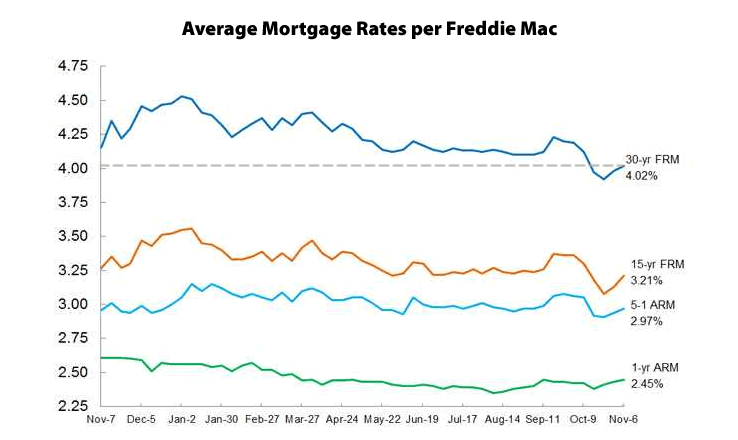 The average rate for a conforming 30-year fixed-rate mortgage has ticked up from 3.92 to 4.02 percent over the past two weeks but remains 14 basis points below the 4.16 percent rate at the same time last year.

As we noted two weeks ago, with unemployment claims at their lowest point in 14 years and the yield on the 10-year Treasury on the move, the dip in mortgage rates is likely over for the time being.

A $325K Price Cut For The Princess Diaries Firehouse