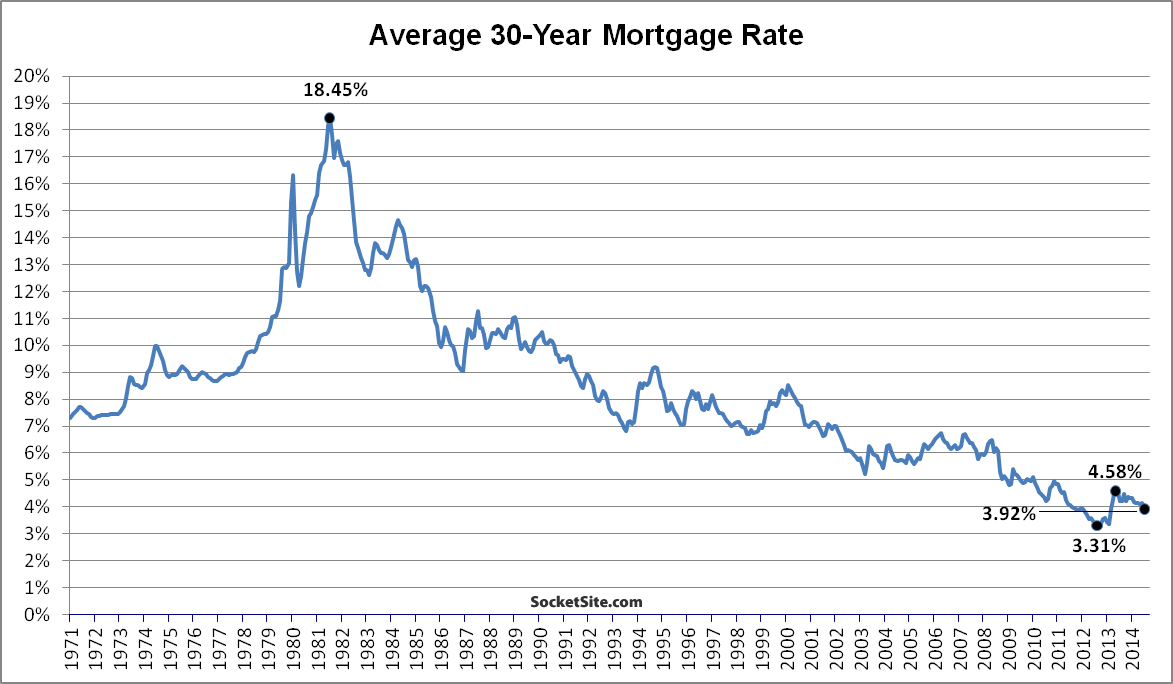 As we expected, the average rate for a conforming 30-year fixed-rate mortgage dropped to its lowest point in over a year, down from 3.97 percent to 3.92 percent over the past week and versus 4.13 percent at the same time last year.  The current average rate is at its lowest point since the first week of June in 2013 when it averaged 3.91 percent.

That being said, with unemployment claims now at their lowest point in 14 years and the yield on the 10-year Treasury on the move, the dip in mortgage rates is likely over for the time being.