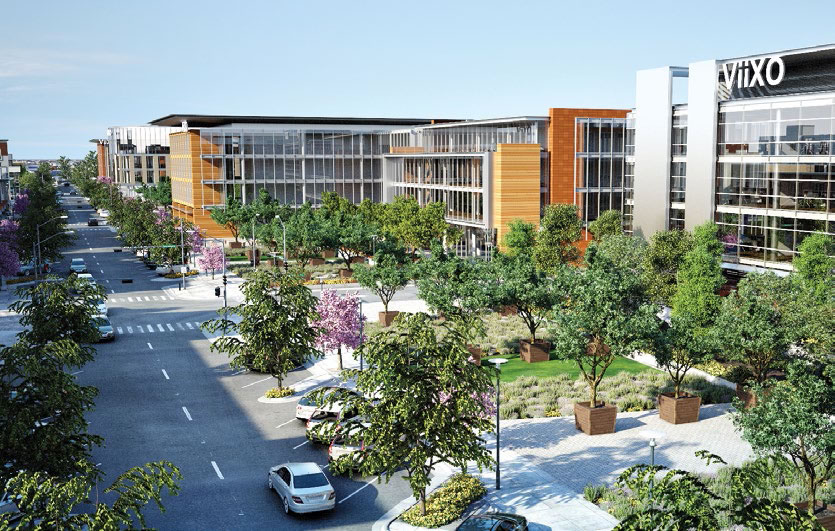 One of the largest new office developments on the San Francisco Peninsula, the future Bay Meadows Station office complex will be comprised of five buildings with a total of 763,000 square feet of office and retail space along Delaware Street, adjacent to the Hillsdale Caltrain Station in San Mateo.

While developer Wilson Meany has yet to ink a tenant, the firm is planning to speculatively start construction on the 210,000-square-foot Station 4 building this month, with delivery in July of 2016, according to the Business Times.

“Meany added that some of the other Bay Meadows office buildings could start construction “in rapid succession” if companies show they are clamoring for the space. He added that the firm could look for one tenant to capture multiple buildings, but declined to say which companies were in talks.”

In addition to the office component, the overall 83-acre Bay Meadows community rising on the former racetrack site will include over 1,100 units of housing and 18 acres of parks when fully developed over the next six years.