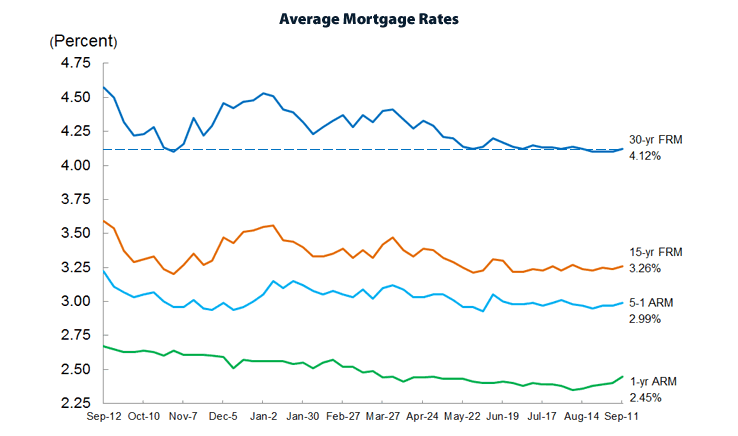 The average rate for a conforming 30-year fixed-rate mortgage ticked up a nominal 2 basis points, from 4.10 percent to 4.12 percent, over the past week.  With little movement over the past three months, the 30-year rate remains near its 62-week low, having last dropped below 4.10 percent in June of 2013.