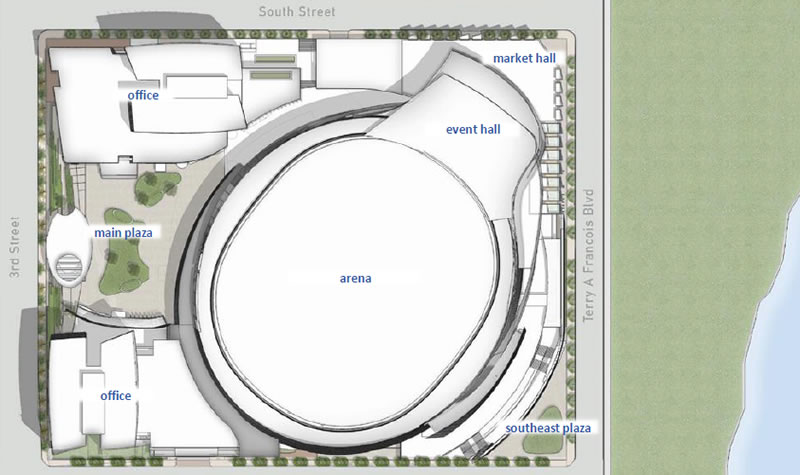 Not including the future Bayfront Park, a five-and-a-half-acre waterfront expanse across Terry Francois Boulevard with water-oriented activities and large lawns which the development of the Warriors’ Mission Bay Arena will trigger, the arena project itself includes 3.2 acres of plazas and publicly accessible space.