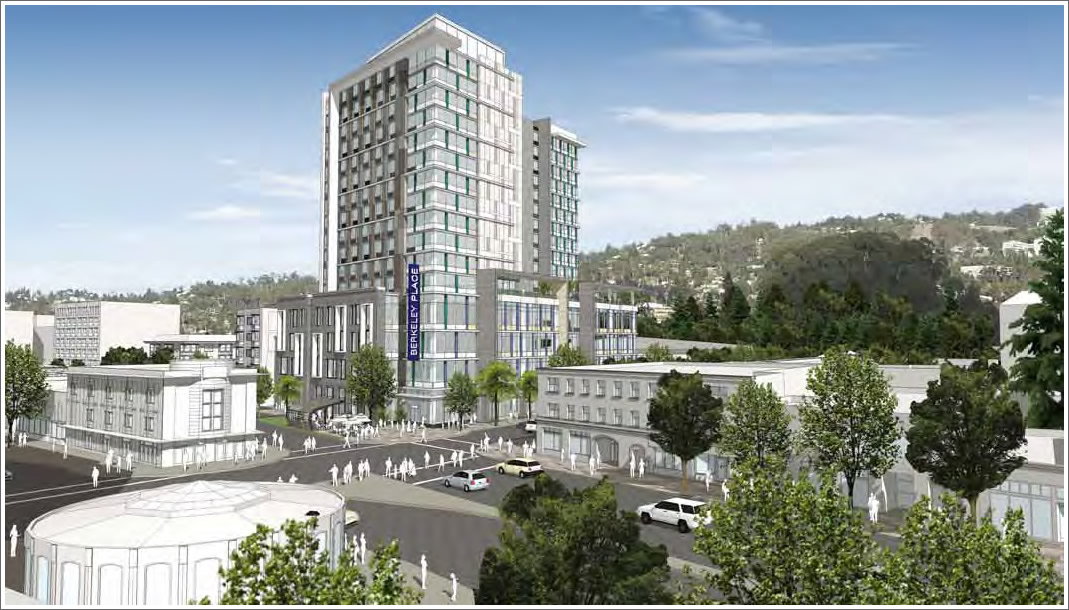 The members of Berkeley’s Zoning Adjustments Board are slated to offer their advisory comments with respect to the proposed 16-story hotel to rise on the corner of Shattuck Avenue and Center Street this week, the 2129 Shattuck Avenue project. 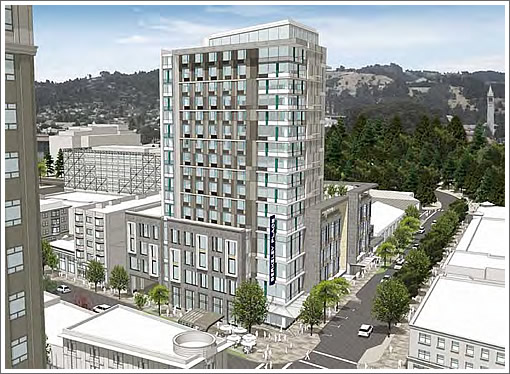 The development would replace the existing Bank of America building on the corner with 293 hotel rooms, new banking and retail/restaurant space, and a basement garage for 70 cars. As proposed, however, the 284,000-square-foot building is bulkier than allowed:

Existing Development Standards for the site require any portion of the building over 120 feet in height to be less than 120 feet in width when measured at its widest point diagonally. A 15′ step back above 76 feet in height is currently required as well.

Amendments to the Standards, however, might not be the only way for the project to proceed as proposed. From a Zoning Adjustments Board Staff Report:

After reviewing the…Development Standards, and based on the pre-application materials presented so far, staff has informed the applicant that we believe this may be instead allowed via a use permit, subject to the Board making specific findings as set forth in…the Zoning Ordinance. However, a final determination will not be made until a formal application is presented to the City, and we complete our full review of that project.

In the words of the project sponsors, “The project has the potential to become an architectural icon as seen at the street and as part of Berkeley’s skyline.”