New Renderings And A Potential Formula Retail Fight For 555 Fulton 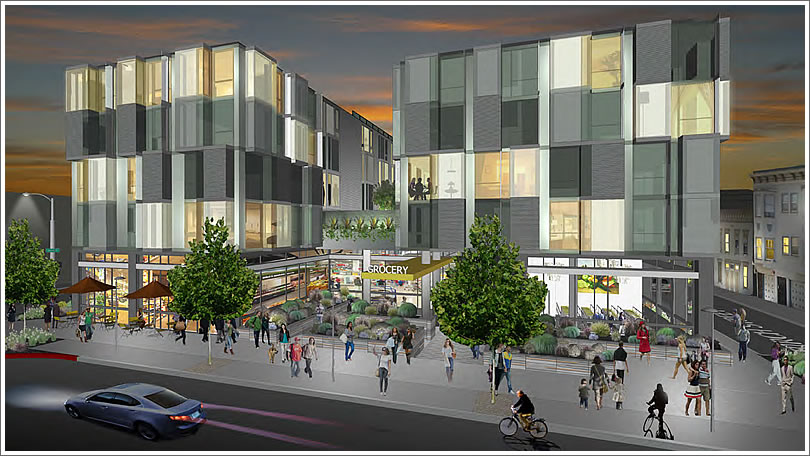 As we first reported last week, the previously approved plans to construct a five-story, mixed-use building with 139 dwelling units, 148 off-street parking spaces, and a 30,000 square foot grocery store at 555 Fulton Street have been dusted off and the design refined. 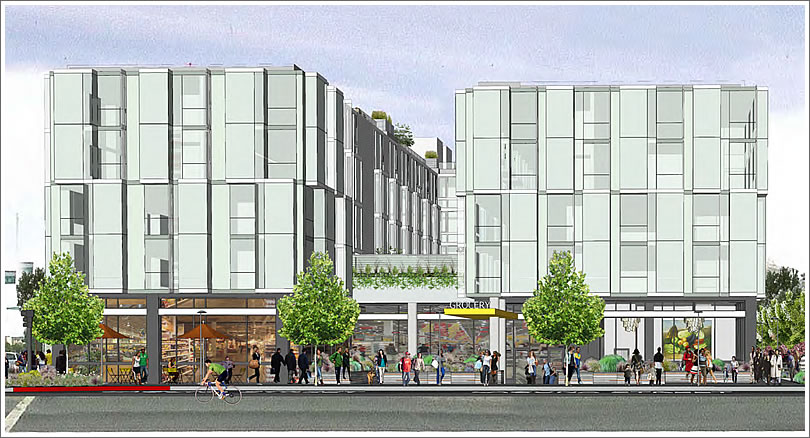 Tomorrow, San Francisco’s Planning Commission will be asked to extend the approvals for the development of 555 Fulton Street which expired earlier this year. In addition, the project sponsor is requesting the approval of a new amendment which would allow for a Trader Joe’s, Whole Foods or other formula retailer to operate at the corner of Fulton and Laguna. 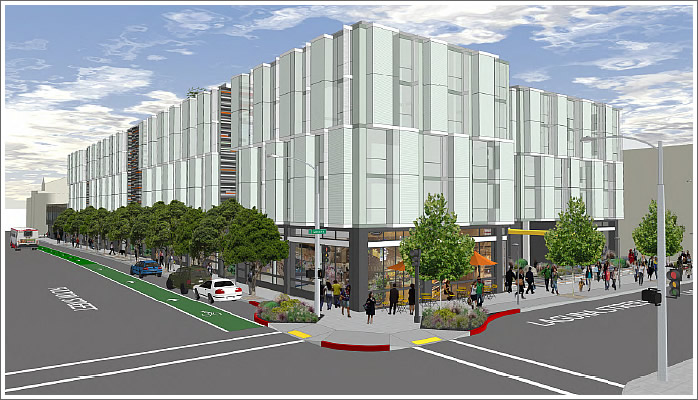 Infill Along The Lombard Street Corridor