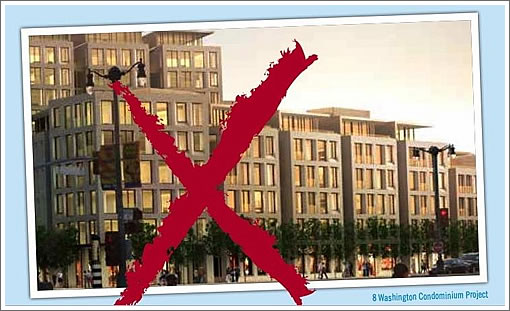 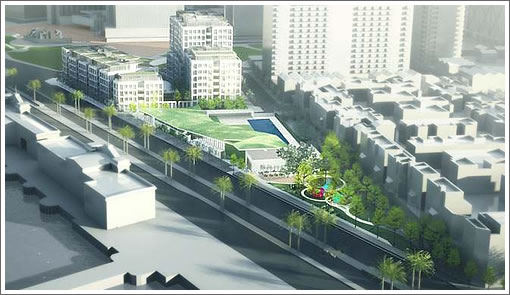 From the Sierra Club which opposes the 8 Washington Street development:

A coalition of environmental and neighborhood groups collected 31,000 signatures in less than 30 days last summer to ask voters whether they want to approve increased waterfront height limits to allow a high-rise luxury condo complex to be built at 8 Washington Street. The tower would be built on publicly owned waterfront land along the Embarcadero across from the Ferry Building and on an adjacent private lot that currently houses a well-used family recreation and sports center.

For decades the Sierra Club has worked for strict building height limits on San Francisco’s waterfront to keep it open for public use and enjoyment rather than blocked by a wall of high-rise towers, as has happened to public waterfronts in Miami, San Diego, and elsewhere.

The Club will be working throughout 2013 with a citywide coalition of neighborhood associations, waterfront businesses, and tenant groups called “No Wall on the Waterfront” to urge San Francisco voters to reject the 8 Washington waterfront height-limit increase on the Nov. 5 ballot.

As we first reported last year, the No Wall on the Waterfront initiative was funded in large part by a couple who live next to the 8 Washington site in a condo which was purchased for $2,400,000 with views over the tennis and swim club as one of its major selling points.
Consider “Liking” this post in order to show your support for the No Wall on the Waterfront ballot measure which will also register your vote in our informal poll.
And while there’s no “Dislike” button for those who oppose this anti-8 Washington Street measure, there is a proposed countermeasure for you to “Like” instead: Open Up The Waterfront!