While the buyers of 2950 Broadway were hidden behind the “Bellihouse, LLC,” as a couple of plugged-in readers quickly surmised, it would appear as though Alexis and Trevor Traina are trading up to the most expensive home in San Francisco on Billionaires Row.

Business records for the aptly named Bellihouse limited liability company list 2825 Broadway as its principal place of business, the address of the Trainas’ current home: 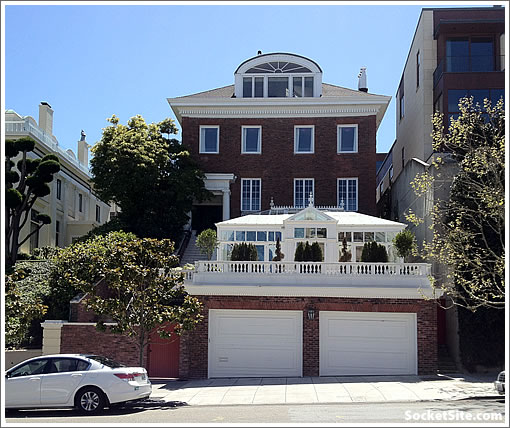