The Plan For 1601 Mariposa And 291 More Potrero Hill Homes 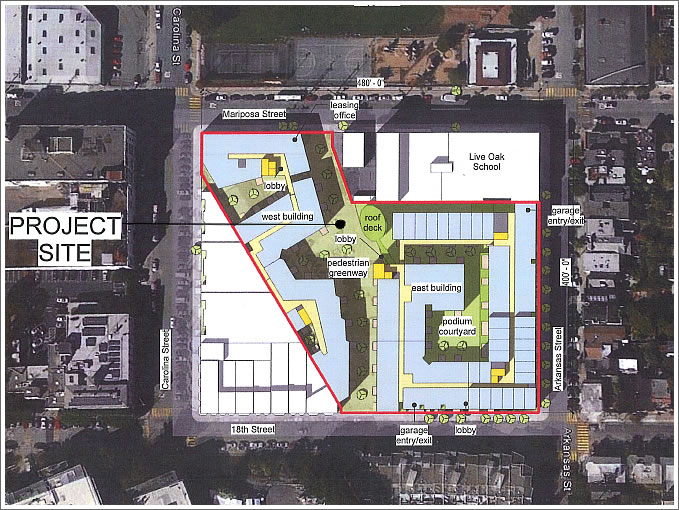 As we first reported in January with respect to Related’s proposal to demolish three Potrero Hill industrial structures between Mariposa and 18th Streets and construct two buildings with 291 dwelling units over 5,300 square feet of commercial space and parking for 235 cars across from Potrero’s Jackson Playground and Anchor Brewing:

While we haven’t yet seen the design, the site is zoned for 40 feet and the development includes a mid-block pedestrian mews, connecting 18th and Mariposa Streets. And with 291 proposed units, which were not counted in Planning’s last report, the housing pipeline for the Potrero Hill/Showplace Square area is now over 3,000 units.

A plugged-in tipster has now delivered the proposed site plan for 1601 Mariposa designed by David Baker + Partners which includes the parcel at the corner of 18th and Arkansas which we initially missed. Click the site plan above to enlarge.

The Rebuilt Façade Of 1436 Sanchez Street Today And Before