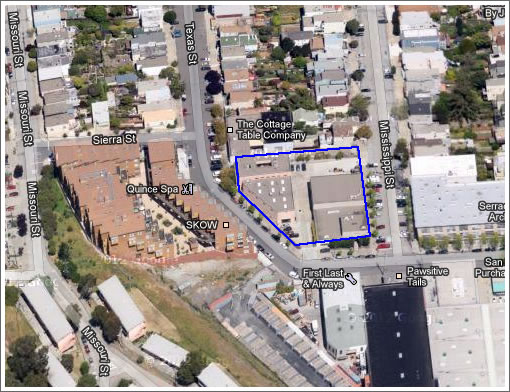 Trumark Homes is testing the development waters in San Francisco having quietly proposed to demolish the two twenty-two foot buildings at 645 Texas Street on the south side of Potrero Hill in order to construct a 40-foot-tall building with 101 residential units which would front Mississippi and 22nd Streets as well.

As variances or modifications from the maximum limits are not permitted, the Planning Department “strongly encourages [Trumark] to minimize the number of off-street parking spaces because of the site’s proximity to public transportation, and in conformance with the General Plan and the recently enacted Eastern Neighborhoods Area Plan.”

The Conceptual Details And Design Discussion For Seawall 330