Great Pacific Heights “Appreciation” And Yet A Rather Poor ROI 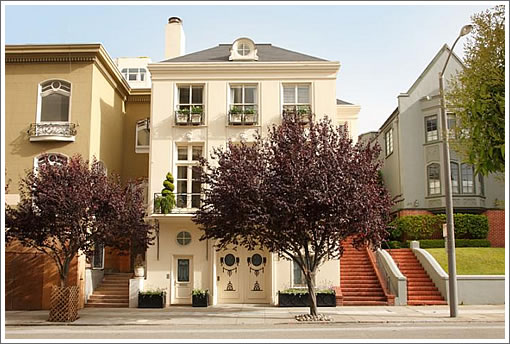 As we first wrote about the Pacific Heights home at 2209 Pacific last year:

According to permits filed for the project and from which fees would have been billed, it was an estimated “$150,000” remodeling job, a budget that probably wouldn’t have covered the cost of the new kitchen, and perhaps not even the new theater below.

While the estimated remodeling costs per permits were “$150,000,” according to the now live property website “close to $4 million dollars” in improvements have been made to the property. It’s funny how that happens.

Having been reduced to $7,950,000 and then withdrawn from the MLS after eleven months on the market, 2209 Pacific Avenue was relisted as new this past July with “over $4 million” in improvements since 2005.
Yesterday, the sale of 2209 Pacific Avenue closed escrow with a reported contract price of $7,400,000, not bad “appreciation” from the $5,150,000 purchase price according to industry stats, which don’t account for improvements, but not such a great return considering a total investment of over nine million.
∙ 2209 Pacific Returns Remodeled And Asking Three Million Per Bedroom [SocketSite]
∙ Over $9 Million Invested, But You Can (Still) Have It For Under Eight [SocketSite]

Trader Joe's At California And Hyde Has Opened Its Doors