160 Macro-Micro-Units Ready To Rise On Mission Next Year 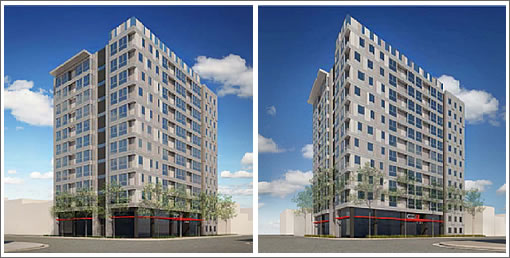 Measuring an average of 291 square feet, the 120 studios proposed to rise at 1312 Mission Street might have been considered to be “micro-units” by some a week ago, but they’re now 30 percent larger than the soon to be legal minimum of 220 square feet.

And at 646 square feet, the building’s 40 proposed suites, which will be two or three bedrooms, are almost three times the new minimum for occupancy by two.

In addition to the 160 residential units, the proposed 11-story building includes 3,359 square feet of ground floor commercial space, 2,185 square feet of basement space for parking up to 240 bicycles, and a 696 square foot garage for one car share car.

Proposed as Student Housing, which requires the building to be controlled by an accredited post-secondary Educational Institution in the form of a master lease or contractual agreement with at least a five-year term, no below market rate (BMR) units would be required. And as Student Housing, even if the units were to be shrunken to the new legal micro-unit minimum, they wouldn’t count toward the initial micro-unit cap.

Up for approval by San Francisco’s Planning Commission this week, the construction of 1321 Mission Street is tentatively scheduled to begin early 2013 with occupancy planned for fall 2014, replacing the existing one-story commercial building on the corner of 9th Street which was once the Guitar Center and most recently occupied by a furniture store: 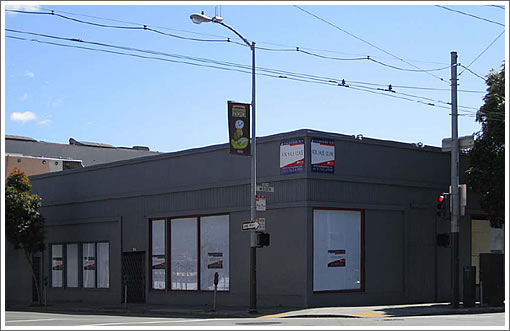