Zynga’s Business Is Now worth Less Than Its Building 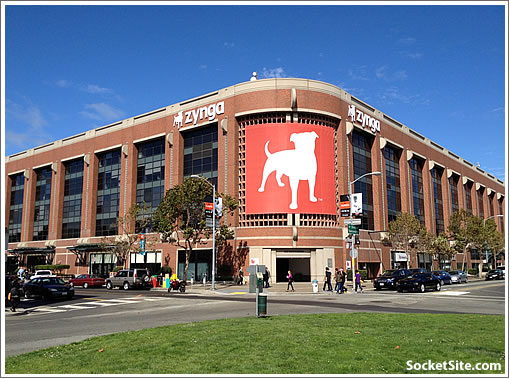 Having cut projections once again, Zynga is currently trading at $2.32 a share for a market cap of $1.76 billion. With around a billion and a half dollars of cash on its books, however, Zynga’s enterprise value is currently $223 million, five million less than the $228 million it paid for its headquarters building at 650 Townsend in San Francisco earlier this year.

As we wrote in July when we broke the news of Pincus’ Pacific Heights purchase:

If the thought of Pincus having bought a home with its fortress-like qualities and security in mind seemed like a stretch, perhaps it seems like foresight now.