Where East Meets West: The Grand Plan For Cesar Chavez 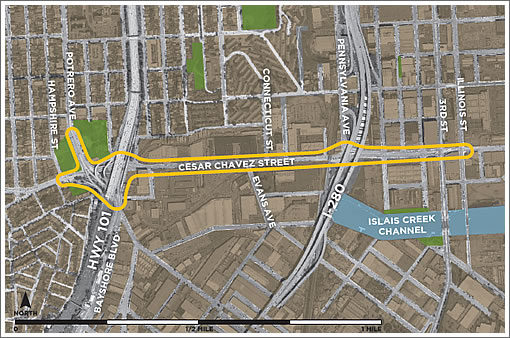 With the Cesar Chavez West remodeling project underway, tomorrow San Francisco’s Planning Commission will review the plan to remake Cesar Chavez East, a plan that “promotes safety, comfort and accessibility to all modes of transportation.”

While the westernmost part of the plan is surrounded by residential neighborhoods and city parks, most of the eastern part of Cesar Chavez Street is a vital truck route connecting the City’s main industrial districts to highways leading to the Bay Bridge and to the peninsula.

As an important east/west connector, Cesar Chavez brings together the Mission, Potrero, Bernal Heights, Bayview, and Dogpatch neighborhoods and is also a vital link to the Blue Greenway and the Bay. 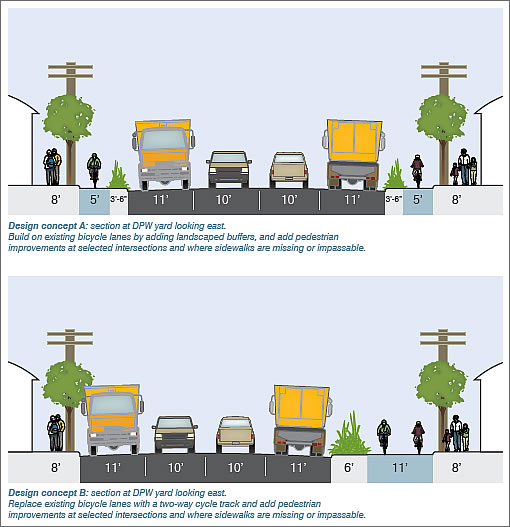 Having developed the plan, Planning’s next big challenge is to find a source of funding.

Having Merged Their Units, the Permanent Residents Are Moving On