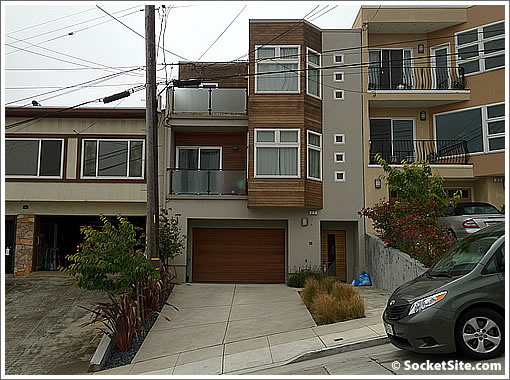 We received the following statement from Chief Appraiser Matthew Thomas in San Francisco’s Assessor-Recorder’s Office in response to accusations of impropriety in the reassessment of 27 Athens from $1,170,218 to $725,000, a 38 percent reduction in assessed value for the home of a fundraiser for Assessor-Recorder Phil Ting:

We strive to help every constituent that contacts our office to ensure they receive a fair assessment and excellent customer service.

A homeowner brought a case into the office, the case was reviewed on the merits and an adjustment was reached that followed the facts and applicable regulations. The Assessor-Recorder does not get involved personally with constituent appraisals. All constituent cases are handled by our staff of professional appraisers. We encourage any property owner who feels they are entitled to a reassessment to contact our office.

Last year the Assessor-Recorder’s Office proactively reduced over 18,600 properties that have declined in market value. Under state law (Proposition 8) if the current market value is lower than the assessed value, a temporary homeowners’ property tax reduction may be applied.

The property at 27 Athens is a 2,096 square foot three-bedroom single-family home with two baths which was built in 2007 and purchased that December for $1,150,000 ($549 per square foot). At $725,000, the tax assessed value is $346 per square foot.
While we haven’t been presented with the homeowner’s case, the median price per square foot for single-family homes that sold in 27 Athen’s zip code (94112) dropped 21.2 percent from 2007 to 2010, 23.6 percent from 2007 to 2011, but the median area home is much smaller (around 1,200 square feet) and older construction. We couldn’t find any decent 2010 era comps, in terms of sales, for the property.
We haven’t received any statements addressing the cancelling and reissuing of a past property tax bill for 27 Athens which appears to have wiped out interest and penalties due.
And if a plugged-in reader is correct, the original source for the accusations of impropriety works in the Assessor-Recorder’s office and is a political opponent of Mr. Ting, which might explain the motivation for the accusations but wouldn’t change what transpired.
∙ Accusations Of San Francisco Assessor-Recorder Office Impropriety [SocketSite]