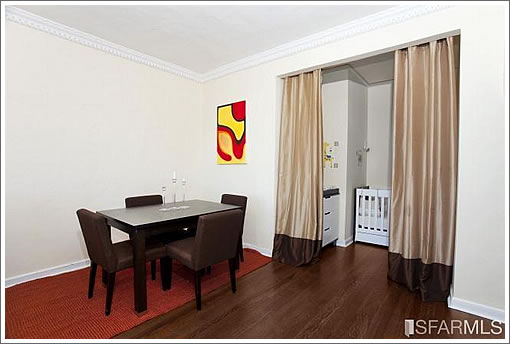 As we wrote this past August:

Withdrawn from the market a month later having failed to find a buyer, the one-bedroom has now returned to the market listed for “$525,000” as a short sale but without any mention of being pre-approved at that price (and “no longer staged”).

And no, that’s not the official bedroom above.

The Busy Streets Of Presidio Heights