Target On Geary, Yea! Unleashed By PETCO On Geary, Nea! 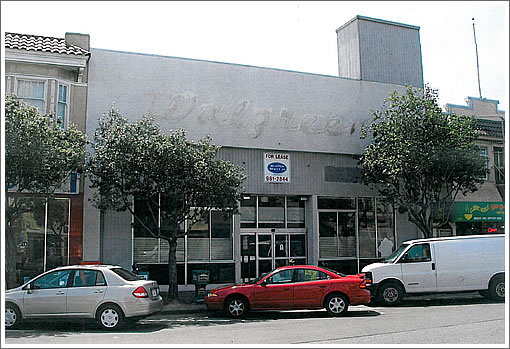 The proposed new use will not provide a development that is necessary or desirable with the surrounding neighborhood. There are a number of pet stores and services within the area, including two smaller locally-owned pet supply stores in the immediate vicinity and several others within two miles of the subject site, making the proposed use unnecessary.

The proposed formula retail establishment could have a negative impact on existing neighborhood character by displacing smaller local stores that provide similar products and services.

No word on who the Department or opposing neighbors have lined up to take over the lease in place of Unleashed, a storefront that has been vacant and contributing to the character of the neighborhood as pictured above for the past five years.