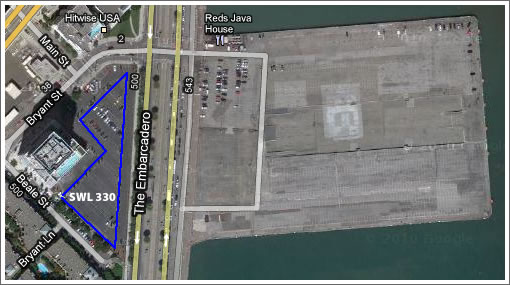 According to the Examiner, last minute negotiations to secure the right for San Francisco to host the 2013 America’s Cup included additional revenue concessions and the potential permanent sale of San Francisco’s seawall 330 to Oracle Racing (versus a 75-year lease).

Four of the last minute changes:

1. Reduces revenues: Deletes a provision from prior drafts that would have allowed the Port of San Francisco to earn a small share of the revenues created when condominiums on the site are sold.

2. Enables property transfer: Laid out The City’s duties to remove all legal restrictions on Seawall 330, so that Ellison’s Oracle Racing team can own the property free and clear, rather than having to lease it for 75 years.

3. Clarifies developer revenues: Creates a mechanism for The City to pay back the developer for certain improvements on the waterfront, bringing the property back under city control. Spells out and speeds up the timeline by which an infrastructure financing district — a district that would allow developers to collect local taxes for public improvements to the waterfront property they’ve developed — would be proposed.